The added cost of delivering the healthcare programme could reach €6.6bn 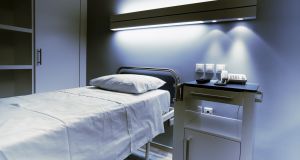 The Sláintecare report recommends that hospital beds, closed during the years of austerity, should be reopened

Last May, the Houses of the Oireachtas Committee on the Future of Healthcare published the Sláintecare report. This report appears to be generally accepted by Government and Opposition as providing a national strategy for healthcare for the coming 10 years. Unfortunately, the plans outlined are essentially not fit for purpose as the emphasis is placed on identifying high-level goals but with little regard for the feasibility of its funding.

Most of the aims of the Sláintecare report should be endorsed, including the provision of timely access to free treatment and investigations in the community and in acute hospitals. General practice is to be developed in the community allied with support services such as dietetics, physiotherapy, public health nursing, social services, home care and residential care.

Hospital beds, closed during the recent years of austerity, are to be reopened. The report also includes a plan to eradicate private healthcare in acute public hospitals. Currently the HSE has agreed that 20 per cent of acute public hospital beds may accommodate private patients. The income derived from the treatment of private patients – €600 million to €700 million annually – supplements the treatment of public patients.

The plan recommends investment of €3 billion over the next six years to bring about the achievement of the identified goals but it is not accompanied by the level of detail necessary to inform broadly accurate actuarial estimates.

In addition to the €3 billion estimated to be required over the first six years of the plan for the additional services, there is an extra €600 million to €700 million required annually to replace a similar sum currently paid to acute hospitals for the treatment of private patients. To put this in context, this sum would fund the building of the equivalent to the new National Children’s Hospital every year. Therefore, the added cost of delivering on Sláintecare is not €3 billion over six years but could reach a staggering €6.6 billion and climbing depending on the timing of the phasing of its introduction.

In Ireland the average life expectation has increased by 10 years in the last 50 years. The UK’s central statistics office has estimated that children born in this decade have a one in three chance of living to 100 years or beyond. Older age is associated with increasing need for healthcare. The HSE has recorded that while 13 per cent of the population are aged over 65 years, approximately 52 per cent of beds are occupied by patients over this age. The increasing availability of more powerful investigations and treatments come at a significant financial cost. Throughout the western world there is a rapidly accumulating population of patients in their older years who require frequent access to increasingly expensive medical care. These realities mean we are in an unsustainable healthcare bubble.

The funding model in the Sláintecare report envisages that the patients using the added capacity for public patients will be the same patients who are no longer paying private health insurance but paying for this treatment by added general taxation. Private healthcare provides very limited treatment for patients who develop medical emergencies.

As a consequence, many patients who carry private health insurance and develop a medical emergency are brought to an acute public hospital to which they have a right of access. In the existing system the patients’ health insurers may pay the economic cost of their care, not so in the envisaged reformed service.

The report notes that 45 per cent of the population carries private health insurance, and it expects that, since the general public will not require private health insurance to access the public healthcare system, these savings will be available to offset the necessary additional taxation. By extension of this logic many currently privately insured individuals will abandon this practice and access the attractive public healthcare system for elective as well as emergency care.

Despite continuous major investment, the NHS struggles in face of today’s challenges

This would result in significant additional demands on the public healthcare system. The report also expresses the expectation that the reformed system will become sufficiently attractive to facilitate the recruitment of an additional 593 consultants plus additional nurses and other healthcare professionals. The report’s assumptions and expectations appear to be naively optimistic and fanciful.

When discussing the report, Oireachtas committee chairwoman Róisín Shortall has stated that the aims of the report were similar to those outlined when the NHS was set up in England in 1947. This aspiration ignores the facts that, at that time, life expectation was about 15 years shorter, healthcare was inexpensive by today’s standards and the demographic structure allowed many frail older people to be cared for in a family member’s home.

However, despite continuous major investment, the NHS struggles in face of today’s challenges. The UK media has reported the urgent need of an additional £5 billion this year for that health service. To establish an Irish version of the NHS over the next 10 years would be at once overly ambitious and misdirected.

If, as it appears, the funding proposed is indeed unrealistic, then it will be necessary to decide if Ireland can afford the Sláintecare programme.

If not, a more sophisticated form of means testing than is used and provision of only healthcare options that have well-proven cost effectiveness should be considered. In this way it may be possible to prevent further inflation of the healthcare bubble.

T Joseph McKenna is a retired consultant physician, former professor of investigative endocrinology in University College Dublin and is a past president of the Royal College of Physicians of Ireland