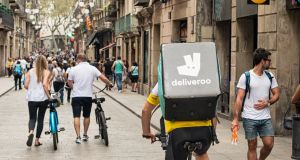 The Workplace Relations Commission sees all forms of employment pass through its doors and works with all types of employers and workers. We see people in very secure types of work seeking better terms from a profitable employer, employers and workers trying to reach agreement on pay and conditions where the company is under threat, and people in very precarious forms of work, trying to protect their basic rights around pay and dismissal. We also tend to be among the first to see changes in the way in which employers hire people to work for them.

The ways in which we sell our labour to persons willing to hire us is starting to change. It is commonly assumed that future generations will not be able to get permanent employment with a single employer and will move from job to job. And this is important. Much of how we operate as a society, and how much we define ourselves as individuals, is based on stable employment. So that shift may permanently affect future generations’ capacity to support themselves across the ups and downs of their lives, to buy a house, to support a family and so on.

In the US, the numbers in what is commonly called contingent employment have been tracked for many years, but up to now there has been surprisingly little work done to profile this in Ireland.

To help fill that gap in information, the commission asked the ESRI, using Quarterly National Household Survey (QNHS) data, to establish how many people are currently in contingent employment in Ireland, whether the numbers had changed over time, and where those workers were employed. We also asked them to examine how Ireland compares to other EU member states.

The ESRI defined the contingent workforce as those on a temporary employment contract or acting as a freelancer. Its report* states that the evidence does not support the view that the incidence of contingent employment has been increasing steadily over time in Ireland. It increased to over 10 per cent of total employment between 2011 and 2013 but had fallen back towards its pre-recession level by 2016.

Most contingent workers are temporary employees, on contracts for a defined period working full-time or part-time hours. The benefits for employers of having a contingent workforce are clear, allowing them to respond quickly to changes in demand. The immediate benefits often highlighted for workers are that they may be able to balance work with other life commitments, and perhaps get experience through temporary work as a stepping stone to more long-term employment.

The ESRI found that, unlike in other EU member States, temporary workers are distributed throughout the Irish economy, regardless of educational level, and across large and small employers

The ESRI found that, unlike in other EU member States, temporary workers are distributed throughout the Irish economy, regardless of educational level, and across large and small employers, although some employment sectors, such as education, appear to rely more heavily on temporary workers than others.

The study suggests any benefits for workers may be outweighed by the fact that they experience a pay penalty, of some 21 per cent in 2014, are more likely to live in households at risk of poverty, and are much more likely to be working part-time compared to the workforce average.

Unsurprisingly therefore, more than 80 per cent of temporary workers don’t indicate that temporary employment is their preferred option. Unfortunately for them, the ESRI found that, at least over the short term, temporary workers are only marginally more likely to move on to permanent contracts than the unemployed. Yet, temporary workers in Ireland (and the EU) do not record lower levels of job satisfaction relative to their permanent counterparts.

The second category, freelancers, defined as solo professionals active in the service sectors, has been increasing steadily in Ireland since 1998. It is, however, still a relatively small feature, accounting for just over 2 per cent of total employment in 2016. The profile of freelancers in Ireland is very different also, more heavily concentrated in the 45-54 age category, more likely to be male and more likely to be educated to tertiary level compared to the workforce average. The data suggests that freelancers tend to be experienced individuals who offer their services predominantly within professional and skilled labour markets.

In the tight labour market which we have begun to experience in Ireland, potential employees will find they have more and better choices and are likely to opt for better conditions

Over the longer term, the ESRI has projected that by 2025 contingent employment will have increased in Ireland, but only by 1 per cent of total employment. The ESRI’s view is that most of that increase will be driven by a rise in the share of freelancers.

So the picture laid out by the ESRI is more nuanced than first thought. It is apparent that employers are strongly influenced by the economic cycle in deciding the terms on which they employ people. But they also have to find workers willing to work on the terms they offer.

In the tight labour market which we have begun to experience in Ireland, potential employees will find that they have more and better choices and are likely to opt for better conditions. Wise employers should take note of that.

That is not to underplay the lived experience of those many people in Ireland who find that their only employment options are temporary and unstable, with short hours and low income.

This report by the ESRI tends to support the targeted approach being adopted by policymakers, focused on those who are more vulnerable, such as those working zero hour or on “if and when” contracts, or those who are forced into declaring themselves to be self-employed to secure work. *Measuring Contingent Employment in Ireland. Pending formal publication by the ESRI, the figures quoted are provisional. Oonagh Buckley is director general of the Workplace Relations Commission

1 Delicious details of Mary Trump’s book open up world of president’s family
2 Pat Leahy: Fianna Fáil acting like a circular firing squad
3 Johnny Depp: Ex-wife or friend defecated in bed in ‘fitting end’ to marriage, court hears
4 Reopening of pubs that do not serve food may be delayed beyond July 20th
5 Brightest comet of the century visible in Irish skies for the next week
Real news has value SUBSCRIBE