Removing the Baptism barrier is no small thing

Every incremental positive change adds to progress towards equality for all 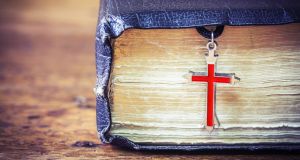 We have an extraordinary school system in Ireland. For historical and legacy reasons, 90 per cent of our primary schools, while State-funded, are maintained by bodies that promote a Catholic ethos.

Yesterday Minister Richard Bruton unveiled the Government’s amendment to the Equal Status Act which will effectively remove the Baptism barrier from 95 per cent of primary schools. This will mean that, with the exception of minority-faith schools, the practice of considering a child’s religion at their enrolment will be outlawed.

This may seem obvious and indeed long overdue, but I believe it’s important to pause and consider the significance of this legislation for children, families and the future direction of our education system.

We have an extraordinary school system in Ireland. For historical and legacy reasons, 90 per cent of our primary schools, while State-funded, are maintained by bodies that promote a Catholic ethos. However, a derogation in our equality legislation has meant that it is possible for these institutions to discriminate on the basis of religion in their admissions procedures.

When EQUATE was established in 2015 we encountered more arguments against rather than in favour of working towards greater equality in education. They fell into three main camps: either there was no problem, the problem was insurmountable, or this is the wrong one to address.

The first line of argument, repeated over the past number of days, is that state-funded Catholic schools refuse very few children – that this is only an issue for a small number of children in a small number of schools. However, the evidence tells a different story. The ESRI has reported that 20 per cent of primary schools are oversubscribed. These schools can use religion as a criteria for selecting, and indeed deselecting, children for admissions. Every year children are refused places in State-funded schools because they are not baptised as Catholic. In addition, the practice of requiring families to produce their child’s baptismal cert at early stages of enrolment procedures is widespread and evidenced. I have met many families who have received these requests.

Significantly, the cultural impact of these actions within the education system over many years has led to large numbers of parents baptising their children to ensure they won’t be turned away from a school. In research commissioned by EQUATE in 2017, 24 per cent of parents, in a nationally representative sample, said they would not have baptised their child if they didn’t need to in order to get them into school.

I have a lot of empathy for those who have argued that, because religion is so embedded within our school system, change is impossible. I particularly feel for the many parents and young people who have bravely tried to effect change over generations. What the past two years has shown, however, is that change in this space is possible but that it needs to happen piece by piece. Intercultural work, support for LGBT students, developing an ethics curriculum have all paved the way for the removal of the Baptism barrier and this latest development should pave the way for further positive changes.

It’s the wrong problem ? This argument has tended to be divided in two.

The first is that there are bigger equality issues to work on. I have spent the best part of the last two decades working with children and young people who have been marginalised in our schools because of who they are. I have worked with young migrants and refugees, homeless young people, LGBT young people, young Travellers and their families. I have seen first-hand the terrible impact that exclusion in school and inequality can have on their lives and opportunities. This work to combat religious discrimination should be seen in that context. Every incremental positive change adds to, rather than takes away, from progress towards equality for all.

The second argument put forward is that a lack of school places are the problem, not religious discrimination. I believe that this argument misses the core principle of equality. Where there is a shortage of school places indeed the State needs to provide more, but there is no justifiable reason for excluding a child, based on their religion or belief, from the places that are available. This is unacceptable; we would not accept in when accessing any other service.

Indeed this amendment will harmonise, with some exceptions, our equality legislation in relation to schools admission with how it applies in all other aspects of our lives.

Not long ago the vast majority of marriage ceremonies were conducted by the Catholic Church – last year this was just 51 per cent. Recent figures show that over 20 per cent of our parent-age population is non-religious.The government’s amendment, which came about through years of consultation, is an important development and will have a positive effect on the lives of children and families. It also marks an increased confidence in our school system which can adapt to new realities.

Michael Barron is the founder of EQUATE