Changes are afoot, but comprehensive review of Mental Health Act is urgently required 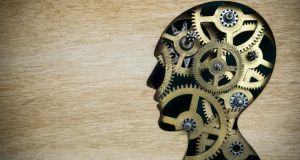 People whose capacity is impaired because of mental health difficulties should have the same entitlement to have their views heard and their values respected as everybody else.

Irish mental health law needs to be reformed. Although, in its day, the Mental Health Act 2001 represented important progress, it no longer provides the level of protection for people with mental health difficulties which is required under international or European human rights law.

In 2015, an expert group convened by the then minister for mental health and disability, Kathleen Lynch, set out a detailed framework of recommendations, aimed at bringing Irish mental health law up to best international standards. As yet, only one of the group’s recommendations has been acted on when, in 2015, it was made unlawful to provide ECT or ongoing medication to a person with capacity without the person’s consent.

The enactment of the Mental Health (Amendment) Bill 2017, which has been making its way through the Oireachtas, would be a further step in the right direction. The Bill addresses some of the anomalies in the 2001 Act. These include a peculiarity whereby a person can be classed as a voluntary patient even though s/he lacks the capacity to consent to admission. Because of this, many psychiatric inpatients are left without access to tribunal review or oversight of treatment. By tightening the definition so that only people who actually consent to admission can be treated as voluntary and by including new requirements about the treatment of voluntary patients, the Bill begins to address this discrepancy.

The Bill also removes a troubling inconsistency between the 2001 Act and the Assisted Decision-making (Capacity) Act 2015, which is due to come into force shortly. The 2001 Act utilises the principle of the best interests of the patient. This has generally been interpreted in a highly paternalistic manner, leaving little space for the person’s own views and preferences. So, the outdated attitude of “doctor knows best” still retains particular resonance in mental health. The approach under the 2015 Act is very different. The term “best interests” does not feature. Instead, the Act focuses on the “will and preferences” and the “beliefs and values” of the person. In this way, the Act recognises that impaired capacity does not take away a person’s right to be listened to in important decisions about their lives.

People whose capacity is impaired because of mental health difficulties should have the same entitlement to have their views heard and their values respected as everybody else. The Bill proposes to remove the inconsistency and ensure that all patients with impaired capacity are respected in the same way. This is not just symbolically important in reducing stigma but also has immediate practical benefits in promoting recovery.

While the 2017 Bill addresses some important immediate issues, most of the core aspects of the expert group recommendations will remain outstanding, even if this Bill becomes law. A more comprehensive amendment of the Mental Health Act, 2001 is urgently required. Three key aspects of the Expert Group Report need to be addressed in legislation.

Firstly, effect must be given to those recommendations aimed to ensure that involuntary admission will always be a step of last resort and that all alternatives are explored before this happens.

Secondly, the legal framework around the admission of children and young people needs to be reformed. Most people under the age of 18 are admitted as voluntary patients, not on the basis of their own consent but rather on the consent of their parents. The voice of the child plays no role in the legal process for admission, a position which is clearly non-compliant with both the United Nations Convention on the Rights of the Child and the Convention on the Rights of Persons with Disabilities.

Decent mental health services are a hallmark of a civilised State. An appropriate legal framework is of course just one part of this but it is important in ensuring that people with mental health difficulties can be confident that their rights will be respected and their voices heard.