Is money getting in the way of the religious mission? 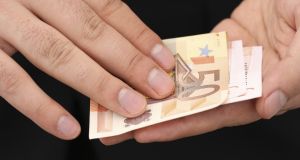 Over the past while, a story has been steadily emerging from St John of God hospital about the organisation “supplementing State-funded salaries of senior executives with top-ups through a private payroll funded by the order,” as Paul Cullen reported in this newspaper. The HSE bans such top-ups across the public service.

St John of God moved its top-ups from a private payroll to the St John of God Community Services payroll and continued to top-up salaries from a private source, even though the HSE had banned all top-ups regardless of the source of cash. Some €1.85 million was paid out to executives to compensate them for pension levies and contributions when the payroll switch was made, and it appears the risk on pensions was then transferred to the tax payer, not the order.

As an organisation, St John of God has accountability to the Holy See. The €1.85 million was paid out, it seems. when the Vatican instructed it to take care of certain liabilities Minister for Health Simon Harris has asked the St John of God order to repay up to €12 million - given to executives in payments - to fund actual services, including disability services. Harris has said the order effectively used money due for services to top up executive pay, a charge the order has disputed.

It’s one thing to call on the order to make those repayments, it’s another thing to actually compel them to do so and establish a mechanism whereby that can happen.

One of the issues with the St John of God situation is the opaqueness that the Irish public service specialises in, which revolves around publicly funded entities not being publicly owned, and in fact owned by, run by, report to, and answer to religious organisations. It’s an issue across our education system and our health system. It came to a type of crescendo recently during the controversy of the ownership of our new National Maternity Hospital, and when the religious organisation in that situation - the Sisters of Charity - was challenged, they eventually ceded control, and rightly so.

We’ve had a conversation about why religious orders are in charge of maternity services, but why are they in charge of psychiatric care such as St John of God hospital or Cluain Mhuire Community Mental Health Services in Blackrock, County Dublin, which is “committed to excellence in serving our clients in the manner of Saint John of God?” This isn’t just about money, but it’s about who runs and controls our health services and why, and the opaqueness that causes.

We should interrogate why organisations that believe in the supernatural are in charge of psychiatric care. We also need to talk about the physical environment of hospitals owned by religious organisations, particularly regarding excessive religious imagery. This is especially pertinent to some schizophrenia patients and the relatively common religious fixation that can emerge as a theme regarding delusions, be that believing God is communicating with them, or they themselves are of religious importance. Is it wise, for example, to have imagery of execution or divine beings throughout hospitals where patients with religious delusions are receiving care? One would imagine not.

The thing is, it’s only recently that we have actually decided to, or awoken to, the possibilities of challenging the power and ownership and control religious organisations have in this domain, and questioned the practicalities and entire purpose behind religious organisations being multi-million euro property magnates and health and education barons. We give them a lot of leeway. We hope they run things properly and do the right thing, but sometimes money gets in the way of God’s mission. Around the corner from where I grew up, the Christian Brothers are defending their latest massive properly deal, selling off the playing fields of Clonkeen College in Deansgrange. What do the Christian Brothers need all this money for? Who knows. No one asks. Maybe we should start to.