The conclusions are that a high carbohydrate diet is associated with a higher risk of mortality, whereas saturated fat (yes, saturated!) had ‘an inverse association with stroke’ 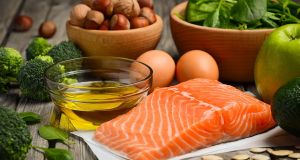 Headlines screeched victory for the “low-carbers” yesterday and Twitter was set alight about a new study published in the respectable journal The Lancet. The Pure (Prospective Urban-Rural Epidemiology) study looked at the macronutrients: fat, carbohydrates and proteins and their consumption and association with cardiovascular health. The conclusions are that a high carbohydrate diet is associated with a higher risk of mortality, whereas saturated fat (yes, saturated!) had “an inverse association with stroke”. Most importantly, the final line concluded that “global dietary guidelines should be reconsidered in light of these findings”.

The usual cries on the opposing side were heard: that data was cherry-picked, that epidemiological studies are really only observational and are not hard evidence – like randomised control trials – and that the study was fundamentally flawed. Sadly, the arguments, for and against, prevent helpful dialogue. This study is the latest in a long line of headline-grabbers in recent years.

Cardiologist Dr Aseem Malhotra has long been a champion of significantly reducing processed carbohydrates in the diet, and increasing our levels of natural fats, which include saturated fats. Yes, natural saturated fats, found in eggs, oily fish, meat and olive oil are okay to eat again. Spreads and low-fat foods are being replaced with full fat versions and people are cutting back on sugar. Cholesterol has been removed as a “nutrient of concern”. A debate rages in the UK about overuse of statins and who really benefits. Remember the whole egg fiasco during the 1990s? We were not supposed to consume eggs more than twice a week because of concerns regarding cholesterol. It has now been well established that dietary cholesterol is not linked to serum cholesterol and we can eat eggs every day. Some experts go further and suggest that it’s the carbohydrates that cause issues around cardiovascular health, just as this Lancet study did.

The food pyramid was changed last year to put processed carbohydrates (like sliced pan, pasta, rice, cereal) on the second level. Fruit and vegetables were put on the bottom line and therefore given prominence. I welcomed this move last year but did not feel it was bold enough. Dietary guidelines should be “best in class”.

Instead of arguing that the reason we are headed to become the most obese nation by 2030 is because no one follows the guidelines properly and we need to exercise more, why not look at the guidelines themselves?

According to UK GP Dr David Unwin, a “healthy breakfast” of cereal, toast and a glass of juice is the equivalent of 21 teaspoons of sugar when looking at the glycaemic index and how these foods might affect blood glucose.

The WHO guidelines on sugar are that we should only have up to 12 teaspoons of “free sugar” per day, which is sugar that we or manufacturers add to a product to sweeten it. Your system can only cope with about two teaspoons of sugar floating around before it starts storing it as fat. The whole calories-in calories-out argument – often made by soft drink companies – blames obesity on the fact that people over-eat and don’t exercise enough. That may be true of some people, but it’s an oversimplification of a complex disease, which is obesity. Researchers are showing that hormones – namely insulin – are the real smoking gun.

My interest in this whole debate is as a two-time cancer patient. I believe that guidelines need to be overhauled. Urgently. It is well established that insulin is not good for cancer patients and there are many bi-directional links between cancer, diabetes and obesity. Dr Craig Thompson, president of Memorial Sloan Kettering Cancer Center in New York, is extremely critical of US dietary guidelines (upon which ours are based) and also states categorically that overeating carbohydrates as opposed to fat will increase your risk of cancer.

Sadly, when similar ideas around cancer metabolism are suggested in this country, the idea is unceremoniously attacked by a small number of people, whose beliefs are firmly entrenched in support of an out-dated and flawed food pyramid.

We have to stop clinging to a one-size-fits-all approach to dietary guidelines. And those supporting and defending those guidelines must be brave enough to acknowledge and accept that they may have been wrong and that they need to do a U-turn if we are going to reverse chronic disease like obesity, diabetes, cancer and cardiovascular health, which is often preventable through diet and lifestyle.

The current guidelines do not serve the majority of us well. They do, however, serve certain food companies exceptionally well. That is not in the best interests of patients and as a result, we are being left behind other countries.

Why should we become the fattest nation by 2030 in Europe? Why should we accept that every three minutes in Ireland, someone gets a cancer diagnosis and that every hour someone dies from cancer? The incidence of cancer is growing and by 2020, one in two of us will get a cancer diagnosis in our lifetime. Yet 40 per cent of cancers are preventable through dietary and other lifestyle interventions, and the dietary intervention offered up by these institutions is the food pyramid. Come on folks, we can do better and, frankly, we can’t wait.

Domini Kemp is a chef and food writer

1 Gardaí found naked man on a cross being whipped in Dublin club, court told
2 Two in custody after Ryanair flight to Dublin forced to divert
3 Coronavirus: Number of cases rise by 32 but no new deaths reported in the State
4 David McWilliams: ‘Ireland is three decisions away from being a perfect country’
5 A US food writer moved to Ireland. Here’s what he found
Real news has value SUBSCRIBE