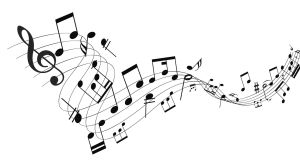 “This classic musical account of an Irish wake, so accidentally influential on modernist literature, was a product of the Big Apple, in an era when one-third of that city’s population was newly arrived from Ireland”

It appears that in declaring Tim Finnegan of ballad fame to have been from Dublin’s Watling Street, as I did here on Saturday, I was wrong. He was in fact from a place slightly west of there: New York. But we’ll come back to that in a moment. First, I need to blame my mistake on Dominic Behan.

In most modern versions of the song Finnegan’s Wake, the dead man, restored to life by an accidental dose of whiskey, is said to have lived either in “Walkin” or “Watling” Street. And since there is no Walkin Street in Dublin – the one in Kilkenny can be ruled out of our inquiries – Watling Street makes a thoroughly plausible setting.

Not only is it in the city’s historic heart, the Liberties, it has long been soaked in alcohol. Today it adjoins Guinness’s. A century ago, it bordered Roe’s Distillery.  Before that, neatly combining the ballad’s themes of drink and resurrection, it was home to the Phoenix Brewery, once owned by Daniel O’Connell jnr and producer of a Catholic rival to the “Protestant porter” of Guinness.

But for all its credibility as the reputed home of the man in the ballad, who in turn inspired James Joyce’s Finnegans Wake, minus the apostrophe, Watling Street seems only to have featured in the song from the mid-1960s onwards. The fingerprints of the aforementioned Behan have been found near the scene.

I’m indebted again to Joycean scholar Peter Chrisp for pointing me to a 1965 collection in which Behan (who had also sung the “Walkin” version) used “Watling” in the printed lyrics. But it was the same Peter who also alerted me to “a great piece of detective work” about the ballad in general by one Brendan Ward, published only last year on the social media site Steemit.

For anyone unfamiliar with the song, I should recap briefly its events, which begin with the fatal fall of our hero, who is then given a traditional wake, during which two female mourners (usually said to be Biddy O’Brien and Peggy or Maggie O’Connor) start a brawl, escalating to both genders and the use of shillelaghs and reaching a climax when a male mourner (usually Mickey Mulvaney) has a receptacle of whiskey thrown at him but ducks, whereupon the whiskey douses the corpse with miraculous results.

So perhaps it should have been obvious all along that the scene of this quintessentially Irish revelry was not the Liberties of Dublin but downtown Manhattan. In any case, that’s where Ward’s researches point, via three different published versions of the song, all from circa 1860s New York, and all stating that Tim Finigan (so spelt in each version) was from “Walker Street”.

Manhattan’s Walker Street is now part of the fashionable Tribeca district. In the decades after the Great Famine, however, the area was an Irish ghetto, teeming with immigrants, many living in houses that had been abandoned when they started subsiding because they had been built on reclaimed marshland.

One of the versions Ward tracked down was by John F Poole, a songwriter who emigrated from Dublin in childhood. Another was a joint arrangement between composer Charles Glover (an Englishman said also to have written the music of the Rose of Tralee) and the performer Dan Bryant, of Bryant’s Minstrels. The third was by one John Durnal, of whom little is known.

It is unclear which was first, however, or whether all three derived from an earlier version, published or otherwise.  But lacking any other evidence, for now, we must assume that this classic musical account of an Irish wake, so accidentally influential on modernist literature, was a product of the Big Apple, in an era when one-third of that city’s population was newly arrived from Ireland.

Among the modern versions of FW to use Watling Street, by the way, is one by the Boston “Celtic punk” band, the Dropkick Murphys. This is perhaps ironic because Boston also has a Walker Street, in the historic Charlestown area, so that the original ballad could have been seamlessly relocated there.

As readers may recall, that Charlestown features in another famous ballad much sung in this country, the Boston Burglar, being home to the jail where the ne’er do well narrator ends up.

In fact, while Googling the history of Irish immigrants on the other Walker Street, I was briefly excited to see Boston Burglar feature among the hits.

Could this point towards a Bostonian origin for the “Finigan” ballad too? Not really. On closer inspection, the “Walker Street” supposedly mentioned by the burglar, one of two things he vows to avoid if he’s ever free again, is actually a “street walker”.