Malawi one of the few wins for democracy in 2020 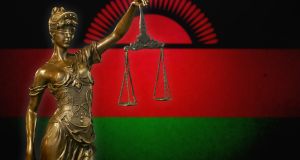 With the world fixated on the US presidential elections in late October, it was not difficult to miss the announcement that five of Malawi’s constitutional court judges were the recipients of the prestigious Chatham House Prize for 2020.

Given to people or organisations deemed to have significantly improved international relations, the honour from the 100-year-old policy institution is a fitting recognition of the judges’ contribution to one of Africa’s more remarkable democratic success stories this year.

At a time when standards of leadership are under threat even in the most advanced democracies, the London-based think-tank said the judges’ bravery in upholding “the centrality of the rule of law and separation of powers” during Malawi’s recent election crisis was an example to peers globally.

The political crisis began in June 2019 when Malawi’s incumbent president Peter Mutharika was declared the winner of its hotly contested presidential poll amidst widespread claims it was rigged in his favour.

Protests and civil unrest subsequently gripped the country and opposition parties turned to Malawi’s courts to resolve a situation that was threatening to destabilise the nation.

The judges cited “widespread, systematic and grave” irregularities in the election process, and the Malawi Electoral Commission’s failure to address them before announcing the results, for their decision.

The ruling also went a step further, changing the nation’s electoral system from a first-past-the-post model to one that requires a candidate to secure an outright majority to get elected.

Malawi’s opposition presidential candidate, Lazarus Chakwera, went on to secure 59 per cent of the vote to Mutharika’s 40 per cent, a winning margin that made it nearly impossible for the ruling Democratic Progressive Party to rig the outcome.

Some observers have described the judges’ decision as a democratic milestone for Africa, given their colleagues in some of its other countries often favour the incumbent political power in disputed polls that end up in court, because of fears over their own safety.

The Malawi ruling “is unprecedented in a country where past elections have been marred by irregularities, electoral fraud and violence,” Chatham House said. “The judges successfully asserted their independence in the face of significant pressures and the power of incumbency”.

The annulment of Malawi’s presidential poll makes it only the second country in Africa – after Kenya in 2017 – to witness such a monumental political development.

But unlike in Kenya, where serving president Uhuru Kenyatta won a rerun that his political opponents boycotted, Malawi’s opposition formed a nine-party alliance and convincingly won power the second time round.

Slipping back into authoritarianism

Although Africa has more than its fair share of dictatorships, many high-profile nations have seen a change in leadership in recent years – with presidential elections occurring in Angola, South Africa, Sudan, Ethiopia and Zimbabwe, to name a few – which has led to hopes that democracy is becoming more entrenched across the continent.

While each of these polls led to the appointment of men who promised to take their nation in a different, more progressive political and economic direction, as time has passed their undertakings have failed to materialise in a worrying number of cases.

For instance, Ethiopia and Zimbabwe appear to be dramatically slipping back into a more authoritarian form of rule despite early signs that their new leaders – prime minister Abiy Ahmed and president Emmerson Mnangagwa respectively – were intent on embracing more democratic principles of governance.

The Bertelsmann Transformation Index Africa Report 2020, which measures the quality of a country’s democracy and governance, advises caution about the prospects for rapid political improvements in Africa.

Reviewing developments in 44 of Africa’s 54 countries from 2017 to the start of 2019, the report finds that leadership change results in an initial wave of optimism. But ongoing political challenges and constraints mean it is often a case of “the more things change the more they stay the same”.

This situation makes Malawi’s achievement all the more important, and begs the question: what were the prevailing conditions that allowed democracy to deepen in one of the continent’s poorest nations?

Nic Cheeseman, the professor of democracy at the University of Birmingham, told The Irish Times that the decision to form a coalition of opposition parties and good institutional leadership were the central features of Malawi’s democratic success.

Indeed, aside from the Malawian courts retaining their independence, the Malawi defence forces also shielded protesting citizens and protected the judiciary, rather than backing the country’s incumbent president.

But just as important, Cheeseman added, was the “people power” that had encouraged institutions to check the abuse of power.

This popular driving force was co-ordinated by the Human Rights Defenders Coalition, he said, an influential civil society consortium that brought thousands of people to Malawi’s streets to campaign against the 2019 election result.

This was particularly important, maintained Cheeseman, because it ramped-up the pressure on key state institutions and those working within them to ensure the democratic will of the people prevailed.

“Mass protests can be messy and threatening, but in the case of Malawi they were critical to the process of ensuring democracy prevailed,” he said.

But Cheeseman also warned that Malawi’s success will be hard to replicate across Africa, as institutional strengthening takes time, and mobilising large numbers of people requires a combination of effective civil society organisations and mass popular engagement.

“The big elections taking place in the months ahead are in places like Uganda and Zambia, which have difficult political environments to operate in and a judiciary that is less free than Malawi’s.

“I don’t see the conditions in these countries that will allow opposition parties to participate in free and fair elections. Authoritarian leaders have also learned from Malawi’s successes, and they are shutting down the spaces that enable democracy to flourish,” he concluded.

Bill Corcoran is based in Cape Town, South Africa and writes on Africa for The Irish Times