Libel Ireland series: Why we must reform defamation laws

Defamation law in Ireland is financially onerous, oppressive and unpredictable 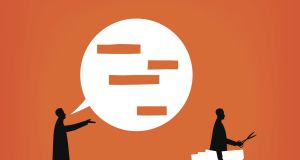 The online defamation regime is confusing and inequitable.

When the then government in 2009 brought in a reform of our defamation legislation it was hoped that those aggrieved – too often, rightly – by newspapers would find it easier and cheaper to get legal redress. And, at the same time, the grotesque inflation of Ireland’s court defamation awards which threatened both the economic viability of the press and contributed to chilling its investigative reporting function, so vital to our democracy, could be curbed.

At issue was, and is, how to reconcile two important, sometimes conflicting classes of human rights, neither of them absolute – those to freedom of expression and a free press, and those associated with personal rights like privacy and a good name, or the protection of society from specific ills like racism or incitement to violence. Defamation law concerns one limited such class of the latter, specifically the right to a good name,

In practice, however, defamation law in Ireland has evolved, say journalists, the media and free speech campaigners, into a regime that is more financially onerous, oppressive, and unpredictable, even capricious, than in any other state in Europe.

And the online defamation regime, in a space that has acquired media predominance since that time, is both confusing and inequitable, providing a substantially free pass – freedom from legal liability for material posted online by their customers – for news and social media platforms that compete directly with traditional news organisations. We need to level the playing field while persuading social media to embrace some form of self-regulation.

Their contention is that they are only platforms which “host” others’ content, that they perform no editing, promotion or shaping of content, and hence should be seen as having no responsibility morally or in law for what is posted. But it is a view that is increasingly being challenged – these hugely powerful platforms need to be seen, like the traditional print and broadcast media, as having a “duty of care” for which they should be held accountable.

Social media’s acceptance that they will have to create more robust and transparent “take down” procedures, enforcement of so-called “community standards”, and have already begun to do so for, for example, child protection reasons, is an implicit acknowledgment that the tide is turning in this regard. The same logic needs to be applied for defamatory material, with social media being encouraged to sign up to voluntary self-regulation codes and disciplines like those enforced by the Press Council.

Neither the press nor the punters have been well-served by the 2009 Act. The legal process is as impenetrable as ever to the man in the street, though not to some of our wealthiest who use it to muzzle reporting which threatens their interests. And the legal costs burden faced by an industry under acute economic stress has continued to rise – a survey by the national newspapers’ representative body, NewsBrands, estimates legal costs associated with defamation for 2010-2015 for its members in excess of a staggering €27.5 million (awards, settlements, and both plaintiff and own legal costs).

One award alone, in the Monica Leech case, albeit reduced by the Supreme Court to €1.25 million from €1.75 million, and now subject to an appeal by Independent News and Media to the European Court of Human Rights, has set a new exorbitant benchmark for awards and enabled a crippling out-of-sight, out-of-court settlement culture to develop. Lawyers know newspapers may now pay large sums in settlements to keep away from the lottery of the courts.

Arguably, the 2009 Act’s most important innovation, the legal recognition of the media’s voluntary and independent Press Council, has been a success, albeit not as intended. It has not succeeded in reducing the numbers making their way to the courts, but has provided a welcome, effective and cheap alternative form of redress to those who would probably never otherwise have embarked on the legal route, and who are interested simply in vindicating their name and not cash compensation.

Both the industry and the council believe it has also contributed significantly to what might be called putting manners on the press, not least through a greater awareness and application of its code of conduct.

Now the Act is up for formal review and Minister for Justice Frances Fitzgerald has received a series of radical submissions from the media industry, print and broadcasting, from the Press Council, and from journalists through the National Union of Journalists. The Press Council’s and the NUJ’s willingness to make common cause with media employers over the need for radical reform, is a reflection of their central contention that this is first and foremost a human rights issue about protecting the freedom of the press and its ability to cast a cold, necessary eye on the establishment.

Most of the submissions take a similar view of what is needed. Much discussion will probably focus on the call for the abolition of jury trials in defamation actions. As Newsbrands argues: “They are unpredictable, time-consuming, costly and of little benefit to plaintiff and defendant alike. A number of jury awards, including that of €10 million to a company executive, serve to bring the legal system into disrepute. Defamation is virtually the only civil action that continues to be decided by juries.”

The Act should set a ceiling on court awards on a par with those available in a personal injuries actions, and require evidence of “serious harm” from plaintiffs as a threshold for defamation cases being considered.

And the review should consider the Law Reform Commission’s 1991 recommendation that the presumption of falsity should be abolished and that, to be defamatory, a matter should be required to be untrue. The 2009 Act’s provision facilitating “offers to make amends” is an important vehicle for enabling defendants who have made honest mistakes or are reluctant to defend a libel claim to admit liability early in proceedings. It needs clarification.

Above all what is needed is a radical review of an Act which is not fit for purpose, which serves neither the public nor freedom of the press, and which upholds the most punitive defamation regime in Europe.