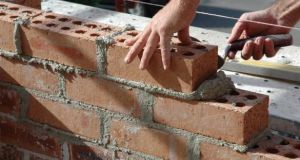 Sir, – Three thousand children in Ireland will be homeless this Christmas.

This week, during the posing and strutting that went on in Leinster House, two homeless people died on the streets of Dublin.

How many more have to die before homelessness is termed the national crisis that any person not celestially divorced from reality can see that it is? And when is it dealt with? When does this disgrace stop?

Brexit matters. The Charleton tribunal matters. The grave wrongs that were done to Garda Sgt McCabe matter deeply indeed. But those are not the questions my children ask me these mornings. What they ask me is, why are vulnerable people dying on our streets?

We are a small, peaceful county and there is plenty of wealth here. We have many admirable politicians who entered public life in order to serve. We are not living in a Trumpland where citizens are purposefully divided by hate-speech and toxic malevolence on a daily basis. We are not, unlike our neighbours across the Irish Sea, being torn apart by the wrigglings of petty little-me nationalism.

This is a country that, when wretchedly poor, eradicated TB, a terrible scourge that affected scores more of our citizens than homelessness does now. At a time when we had almost nothing, we introduced free secondary education, the most radical and important innovation in the entire history of the State. Some said it couldn’t be done. But it was. There was political will to get it fixed, a sense that Ireland need not be a slum with a casino attached.

So, why are homeless people dying now? Why is is explained away? How much longer must we tolerate from some who are in power, and who themselves enjoy the privileges that power confers, an essentially Victorian discourse of the so-called deserving poor? When does this utterly shameful stain on this so-called republic get dealt with?

I ask as one of those whom the current Taoiseach described not too long ago as “the people who get up early in the mornings”.

I’d like to do that in a country where my fellow citizens and fellow human beings are not left to die quietly in doorways. – Yours, etc,

Sir, – The passing of a supplementary budget to cover the cost of Garda overtime would suggest that the nation’s coffers are by no means drained. If such is the case, would it not be appropriate now to introduce a far less costly budgetary supplement to provide a modest Christmas present for every one of the thousands of children who will be homeless in our city this Christmas?

Appropriate in the sense that it was the birth of a homeless baby more than two thousand years ago that gives rise to the Christian celebration of Christmas itself. – Yours, etc,