Dangers of dependence on charities 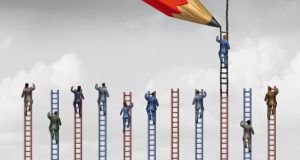 Sir, – The problem with Deirdre Garvey’s defence of charities (November 29th) is that it fails to assess the valid concerns raised by Jacky Jones (“Why are so many of our health services provided by charities?”, Health + Family, November 28th) and many others.

The main concerns are of course that charitable giving is not the most effective way of tackling ills and distracts from finding the best solutions by preventing a rethink of the way we organise our society.

On the homeless crisis, it can be very easily argued that the charity sector played a significant role in its creation by being willing partners with an ideologically driven government, under Bertie Ahern, in the dismantling of social housing provision by the State.

Private housing associations went along with the spin that such housing could be adequately provided by them and the private sector and allowed government to walk away from its responsibility. The building of social housing came to a standstill, and with it the vital safety net that sees thousands of families homeless and many thousands more exposed to the same fate.

In Moral Man and Immoral Society, Reinhold Niebuhr exposed the dangers of dependence on charity, which at best can only address symptoms, and asserted that the effort put into charity would be better devoted to pressuring governments to bring about needed change.

What we now see is precisely what Niebuhr foresaw, charity becoming a substitute for real justice. Is that really where we want to be? – Yours, etc,