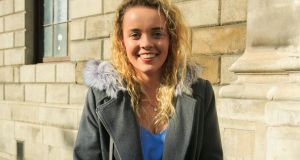 The judgment in the High Court by Mr Justice Richard Humphreys that the State Examination Commission was highly unfair in processing the appeal of Wexford student Rebecca Carter and that the current correction process is “manifestly unfit for purpose” has thrown the entire Leaving Cert examination system into potential chaos.

His further finding that the structural issues identified in this case need to be resolved to ensure that students who appeal results from 2019 onwards know the outcome of the appeal process in time for the beginning of the next academic year, makes the current processes totally redundant.

The processing of the Leaving Cert established in 1926 has remained fundamentally unchanged since that time. Students identified only by their Leaving Cert number write reams of content into answer books which are posted that evening to the SEC offices in Athlone, sorted into bundles of several hundred scripts, given in sacks to correctors, who depart with them following a marking conference, and spend several weeks correcting the students’ work.

This process is overseen by a supervising examiner who reports back to the chief examiner to ensure that the overall outcome of the process is conforming to the normal bell curve of results traditionally secured by students.

During this process, correctors write numbers beside each section of each question, total those numbers to get an overall mark for each question, transfer that number to the front cover of the script, and then further calculate the total mark for the overall paper on the cover.

When the script is returned to the SEC in Athlone, the student’s marks are then transferred on to spread sheets by SEC staff as part of the process of preparing the student’s overall result. This result is then dispatched to the student’s school, arriving on the morning of the middle Wednesday in August.

Simultaneously, all of the scripts for every student in each school are packed into large tin boxes and sent back to the school to be available to those students who wish to view them following receipt of their results. Allowing for the return of the request to view scripts on the student’s part until they actually get to see them on the last weekend in August takes 16 days.

In devising a revised structure to conform to Mr Justice Humphreys’s ruling, this 16-day waiting period now needs to be eliminated. The only obstacle to this happening is to ensure that the teachers in each school who are employed by the SEC to oversee the viewing process are contracted to do so in mid-August and not as now when they have returned to school at the end of the month.

In devising a revised structure to conform to Mr Justice Humphreys’s ruling, this 16-day waiting period now needs to be eliminated

It is perfectly possible to allow students until close of business on CAO offer day on the third Monday in August to register with the SEC online their wish to view selected papers. The viewing can then take place on the following days with the decision to appeal the result made in time for the scripts identified for recorrection to be returned separately to the SEC offices in Athlone in the exact same way as they were originally dispatched in June. The recorrection process could then commence by the last week in August, allowing the SEC to comply with Mr Justice Humphreys’s instructions.

As a large number of appeals relate to errors in the calculations of numbers on each page of the exam script and the various transferrings of those numbers by both the correcting teacher and SEC staff, it is now imperative that an electronic data entry system is urgently devised by the SEC to enable each corrector to enter each mark for each section of every question into an online system set up for every Leaving Cert number. The SEC already devises a detailed marking scheme for every exam question so creating a structure to receive the allocated marks would today be a simple task for a data programmer. This one step into the 21st century would remove a large portion of those scripts that currently go to appeal.

The SEC, under their current processes, do rectify immediately in early September calculation errors identified on the front cover of each script or those which occur in the data-entry process within the SEC itself, but insist on a full recorrection of any script in which the error occurs within the script itself. This was the issue which Rebecca Carter challenged and won in the High Court.

As a method of identifying who is most deserving to secure places on highly sought-after CAO courses, the Leaving Cert has stood the test of time over the past 92 years. It is intrinsically fair in that every student gets the same opportunity to anonymously perform on the day. Technology allows us today to both improve the accuracy of recording the allocation of marks and the review process once the results are issued. Now is the time to implement these changes rather than appealing the judgment, which may be the initial knee-jerk reaction of the SEC.

Brian Mooney is a guidance counsellor and an assistant school principal. He contributes education articles to The Irish Times