Larry Elliott: Labour has a once-in-a-generation opportunity, and the Tories know it

People are ready for a radical change. Trying to brand Corbyn a Marxist throwback who wants to turn Britain into Venezuela won’t work 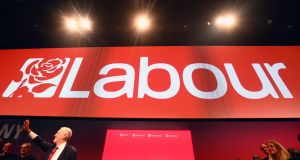 Jim Callaghan would have had some sympathy for Theresa May as she struggled with her croaky voice and the prankster handing her a mock P45. Back in 1979 when Margaret Thatcher was on the brink of power, the then Labour prime minister summed up what it was like to feel authority slipping away. “There are times, perhaps once every 30 years, when there is a sea change in politics,” Callaghan said. “It then does not matter what you say or what you do. There is a shift in what the public wants and what it approves of.”

It goes without saying that this was not the parallel with the late 1970s that the Conservatives were hoping the public would recognise. Indeed, all the old favourite tunes were sung lustily at their conference: runaway inflation, overmighty union barons, the run on the pound, the bailout from the International Monetary Fund, and of course the Winter of Discontent. Speaker after speaker warned voters of what would await them should they be daft enough to elect Jeremy Corbyn as prime minister. Boris Johnson even managed to dredge up the three-day week – even though Ted Heath was prime minister for that.

Much to the horror of Tory ministers, as they sought to conjure up memories of a dystopian 1970s, however, Corbyn seems to better articulate the new mood than they do. The attacks on Labour, coupled with the cherry-picking of some of the opposition’s policies – from building more council houses to a cap on energy prices – were a compliment to Corbyn, who is taken far more seriously by the Tories than he was before the general election. In Brighton, the mood was upbeat, even though Labour still needs to capture a lot of seats to win an overall majority. By contrast, the Conservatives in Manchester acted as if they had lost. Which, in an important sense, they have.

The free-market thinktank Legatum last week published the result of a poll testing public attitudes, and was horrified to find that voters – including Conservative supporters – strongly support nationalisation of rail, water, electricity and gas. But that was just the start. Britain wants the pay of chief executives to be curbed, favours paying more tax to boost spending on the NHS, and seeks more, not less, market regulation. When the preferred adjectives to describe capitalism are “greedy”, “selfish” and “corrupt”, it is easy to see why Legatum concludes that the capitalist brand is in crisis. Against that backdrop, branding Corbyn a 1970s Marxist throwback or banging on about his support for Venezuela is not going to cut it.

Voters, particularly those under 50, couldn’t care less that inflation reached almost 27 per cent in the summer of 1975 or that the rubbish wasn’t collected in the winter of 1978. For them, the real issues are why real wages have flatlined for a decade and why home ownership rates are collapsing. Corbyn still has work to do to persuade the public that his policies would deliver on the bread-and-butter issues that it cares about, but he will not be beaten by summoning up the spectres of the past.

Historically, there is nothing surprising about the current discontent. There have been three colossal economic shocks in the past 100 years, and each has led to a political shift. Postwar welfare states in the UK and elsewhere were the result of the Great Depression. The privatisation and liberalisation agenda of the new right emerged from the wreckage of social democracy, overwhelmed by inflation in the mid-1970s. Then in 2008 global capitalism had its near-death experience , and only survived because governments used taxpayers’ money to bail out the banks. The failings of a model built around deregulation, debt and a shift in economic power from labour to capital were brutally exposed.

More difficult to explain is why it has taken so long for the backlash to arrive. In Britain, Ed Miliband proposed a milder form of the Corbyn agenda in 2015, and was roundly defeated by David Cameron. When Corbyn won his first leadership contest later that year, the prevailing mood among party members was that Labour would lose the next election regardless, so they might as well elect someone who believed what they did.

In part, the changing mood can be put down to the passage of time. Austerity fatigue has set in (although it is worth noting that the Legatum poll found a majority still in favour of cutting the deficit). In part, it is because Corbyn has, sensibly, stopped apologising for Labour’s record in office, and has come up with a snappy way of popularising his message. “For the many not the few ” is the equivalent of George Osborne’s claim that Labour failed to mend the roof while the sun was shining – and is proving just as effective.

The final piece of the jigsaw was provided by Brexit. Had the vote gone the other way in June 2016, Cameron would still be prime minister, the Conservative party would have remained united and the fundamental weaknesses of the UK economy could have been papered over for a little longer. As it is, the referendum vote has done Labour an enormous political favour by unleashing pent-up resentment at a rigged economic system, and – witness May’s pledge to use state intervention to address the housing crisis – by forcing the government on to natural Labour territory.

Brexit will also mean facing up to the long-term problems of the economy: a chronic balance-of-payments deficit, the concentration of growth in one corner of the country, the dearth of investment, and a growing productivity gap with other developed countries. After years of denial about all this, Brexit means there are no longer any hiding places, which is why it is both liberating and terrifying in equal measure.

There are parallels here with the events of 25 years ago, when Britain crashed out of the exchange rate mechanism on Black Wednesday. Virtually the whole of the British economic establishment had supported European Exchange Rate Mechanism (ERM) membership, but the ill-fated experiment lasted only two years and resulted in a scramble to fill the policy vacuum. Filling the current vacuum, particularly in the limited time available, is not going to be easy because between them the financial crisis and Brexit have shattered the twin assumptions on which UK economic management was previously based: that free markets always deliver, and that Britain’s future was as part of the EU. Both left and right face the challenge of how to fill the void.

The problem for May is that she is now like John Major after Black Wednesday – the leader of a divided party out of tune with the public mood. But the historical parallel is not exact. Labour’s response to Black Wednesday was to move to the right under Tony Blair, symbolically ditching nationalisation and accepting the disciplines of the global market. Corbyn has moved to the left, confident that this is a once-in-a-generation moment when the country is ready for the sort of radical ideas that Keynes and Beveridge provided in the 1940s, and Hayek and Friedman provided in the 1970s. The Tories, judging by the way they are behaving, think he is on to something.

1 Cabinet to decide on Friday if curbs on travel to be lifted a month early
2 Gardaí disperse crowds gathered at coastal beauty spots
3 Normal People Class of 2020: The nine college friends in the series
4 Six counties free of new cases of Covid-19 over past week
5 Simple restorative exercises that can improve your posture after all the sitting
Real news has value SUBSCRIBE