Lack of school places the problem, not Baptism barrier 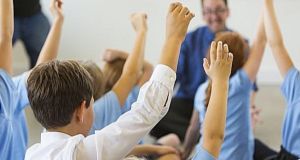 The Catholic Primary School Management Association conducted a survey in the greater Dublin area that showed 1.2% of unsuccessful applications were due to no baptismal certificate in 17 schools. File photograph: Getty Images

The departmental press release announced (in all modesty) that Minister for Education Richard Bruton was delivering historic reform of school admissions. The reality, however, is that the issues Mr Bruton wishes to address are caused not by admission policies but a lack of school places. The Admissions Bill will change only the names of those excluded from schools, not the fact that some pupils and their parents will be unhappy because they cannot get a place in their local school. Had the Minister focused on the evidence he would have realised that.

Evidence is the foundation of effective policymaking. But what is striking about formulation of Government policy on the role of religion in admissions is that it has been driven not by evidence but by snappy slogans and out of date or non-existent data.

For example we were told that, according to the Economic and Social Research Institute, 20 per cent of schools are oversubscribed. We were not told the figures were from a 2009 report on diversity in education where principals were asked whether all of the students who apply are usually accepted. Given that many parents in urban areas make multiple applications the figure supplied is most likely higher than actual demand. More importantly are we to believe that the vast sums invested by the Department of Education to cope with Ireland’s demographic surge – of which the Minister is so justifiably proud – have had no impact on the level of oversubscription since 2009?

The reality is that we have no accurate official data as to the level of oversubscription in our schools. Mr Bruton confirmed this in a response to a parliamentary question on the number of primary schools which were oversubscribed for admissions for entry to junior infants in August and September 2015 and 2016. The Minister replied that “schools are not required to report to my department on the number of applicants who are refused and the therefore the information requested by the Deputy is not available”.

In order to understand what was happening in Dublin schools the Catholic Primary School Management Association conducted a survey in the greater Dublin area. It indicated that 97 – or 1.2 per cent of the total – of unsuccessful applications were due to the lack of baptismal certificate in 17 schools. More importantly when we mapped the schools they were arranged in a semi-circle around Dublin’s rapidly growing periphery, and that as far as we could ascertain in all but one case all of the schools in these areas were oversubscribed.

This indicated strongly that what we were dealing with was a lack of school places, not an issue of religion. We presented this evidence to Mr Bruton and urged that if he did not accept our figures that he commission his own research.

Last June, in response, a spokesperson for the Minister told The Irish Times “there was no evidence of a shortage of school places and the Department of Education carefully monitored supply and demand across the country”.

Less than a year later in April of 2018, however, the Mr Bruton discovered in fact that there was a shortage of school places in Dublin and announced he would be building not one, not two, but 16 primary schools in the greater Dublin area. The consequence of this discovery for schools awaiting refurbishment will be serious, as many will now be put on the long finger.

In the absence of data on the level of oversubscription and inaccurate data on the extent of demand the Minister has relied on anecdote and urban legend as the basis for policy formulation. We are told it is unfair that a local child of no religion is passed over in favour of a child of religion living some distance away for access to their local school. However, the Minister seems unaware that most Catholic schools operate a catchment system and only accept Catholics who do not have a local parish school from outside their own area. How many children have been placed in this invidious position we do not know, neither it seems does the Minister. More importantly Mr Bruton has never tried to find out.

Mr Bruton now admits he has failed to do so

That’s right, the Minister presides over a €10 billion budget, yet he has never sought to commission research to ascertain the level, location or reasons for school oversubscription and has instead dismissed those of us who have sought to provide evidence to inform the debate.

It is the responsibility of the Minister to Education to ensure there are sufficient schools places in local areas. Mr Bruton now admits he has failed to do so. Instead he has accused local Catholic schools who cannot cope with demand in their area of discrimination (according to the Minister only Catholics discriminate, schools of other patron bodies prioritise). The phrase victim shaming springs to mind. If the Minister wants to secure his place in history he might focus on delivering the resources Irish education needs: action always speaks louder than words.