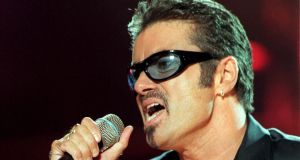 When the late George Michael sued his record company Sony in 1994, seeking release from a contract he considered “professional slavery”, one of the legal precedents cited was a case from 75 years earlier concerning a Kerry dairy farmer.

The singer was trying to reinvent himself in the early 1990s, from the pop sensation of his Wham days to a more sophisticated solo artist, and accused the company of not promoting this new, less commercial image.

The Kerry farmer of 1919, by contrast, had been merely trying to resign membership of  the local co-op and transfer his milk to another creamery, a cause he pursued all the way to Britain’s House of Lords.

In the event, the precedent set there didn’t help George Michael, who lost his case (Sony later released him from the deal anyway).

The creamery case was relatively apolitical, insofar as anything in Ireland could be then

But like many plaintiffs before and since, he had found an unlikely ally in the protagonist from McEllistrim V Ballymacelligott Co-operative Agricultural and Dairy Society Ltd, whose victory had far-reaching implications on the law governing restrictions to trade.

So influential was the 1919 ruling that, only last month, lawyers and academics marked its centenary with a day-long conference at the London School of Economics.

Among the speakers was a QC, David Foxton, who confessed to being an “unlikely” contributor to the subject, since his only personal experience of the Irish co-op movement was from “trips as a boy with my uncles to the Mitchelstown Creamery in Cork”, on which occasions he was more interested in the packet of “Tayto cheese and onion crisps” awaiting him there.

That alone, however, may have given him a greater insight into rural Ireland than some of the peers who sat in judgment of the original case.

Those included the fiercely unionist Lord Birkenhead who, signing the Anglo-Irish Treaty two years later, would call it his “political death warrant”, drawing a famously doomed rejoinder from Michael Collins.

The creamery case was relatively apolitical, insofar as anything in Ireland could be then. It followed 30 years in which the co-operative movement had expanded rapidly.

Begun in 1889 by Horace Plunkett, the co-ops gave farmers much more power as a collective than they had as individuals. It also made them official shareholders, by virtue of the milk they contributed.

But as for the huge investments in plant and machinery co-ops needed, those were funded by long-term bank loans. So there was understandable anxiety to tie members in for the long-term too, rather than risk losing them to privately-owned creameries offering a higher price.

This set the scene, from about 1910 onwards, for increasingly fierce competition, and a succession of court cases on the unfairer aspects of the binding clauses.

Most began and ended in Ireland, but because the Ballymacelligott one started in the High Court, which ruled for the co-op, it could be appealed to the House of Lords, whose five-man panel backed the plaintiff 4-1.

A key factor in their decision was the possibility that, having joined a co-op, a member could be prevented for life from selling elsewhere. If he joined young, and lived long, this could amount to a 60-year restriction, which the lords thought far in excess of what was reasonable, even if co-ops served the common good.

In the words of Lord Birkenhead, “no excellence of motive” could justify such restraint.

The ruling has been much debated in courtrooms since. But even in the immediate aftermath, it did not have the final word. One of the creameries owned by Ballymacelligott’s rival, a Mr Slattery, was burned down a few months later.

An accompanying note commented: “There is a higher tribunal than the House of Lords, and that Tribunal has decided that Slattery’s creamery no longer exists”.

Ballymacelligott would be a generally troubled area in the years following.

It might be considered ironic that the successful appellant to the House of Lords was the uncle of Tom McEllistrim, Kerry IRA commander and a Fianna Fáil TD for 46 years (whose grandson Joe Mannix is today a well-known Tralee solicitor, and was an interested observer at last month’s conference).

Concluding his paper at the LSE event, the aforementioned Mr Foxton said lawyers could be grateful to Richard McEllistrim for bequeathing them such a thought-provoking and well-documented case.

Then he alluded to another thing he learned on those childhood trips to Mitchellstown, and in the process corrected a prejudice handed down by his uncles. The case was “one of many good things to have come out of Kerry”, he insisted, “in addition to the road to Cork.”