Programme for government lacks detail about addressing struggles in sector 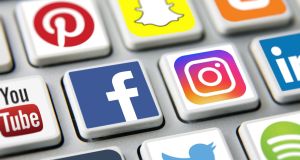 There has been no indication yet about what sort of legislation might ensure a fair share of advertising revenue for traditional media with the social-media giants.

In the opening scene of the film comedy Space Force, the new four-star air-force general is sitting with the other service chiefs waiting to be made head of the air force. Instead, to his disbelief, he gets the new service, Space Force. The other generals laugh.

One wonders if there was a similar reaction from Catherine Martin as she read through her new ministerial brief and saw, along with arts, culture, tourism, Gaeltacht, sport and heritage, she was assigned a new area, media. And not media as it used to be, RTÉ, a few technical areas and a regulatory body. In her case, she is the Minister for local radio, local newspapers, national newspapers, online and all broadcasting.

So far she has kept quiet, so quiet that there was no mention of the word media when she was interviewed on RTÉ and there is no mention of it yet on her website.

There had been intense lobbying for a Minister responsible for media from the industry, albeit not envisaged alongside so many other areas in the same portfolio. No one believed it was ever going to be a standalone ministry, but to see it tacked on to such a long list must have come as a disappointment to the sector.

At the back of the programme for government there is a short section on the media. The last government had already established the Future of Public Service Broadcasting Commission, to be chaired by DCU’s outgoing president, Prof Brian MacCraith. No one else was appointed.

In the new programme for government, it has morphed into the Future of the Media Commission, which will “consider the future of print, broadcast and online media in a platform-agnostic fashion”. A number of issues arise. RTÉ, for example, had put on hold cost-cutting proposals, including the abolition of Lyric FM, until September, when the original commission was to report. The new commission has, as yet, no members and no terms of reference, but is to report in nine months’ time.

The commission is to report on the necessary measures to be taken to ensure a vibrant, independent public-service media. “The current funding model for public-service broadcasting is inefficient and the commission will publish recommendations”, the programme says. There is nothing really to suggest this commission’s remit will really be any wider than that of the old commission, despite including the word media.

The Government is also to enact a Bill to “ensure support for local community radio stations and independent national and regional broadcasters in the important work they do”. Whether that will come within the scope of the Online Safety and Media Regulation Bill, which was published by the outgoing government, is unclear. That Bill was designed to establish a super Broadcasting Authority of Ireland to regulate not only broadcasting but, finally, online media. The new body will be called the Media Commission.

The programme also promises to “review and reform defamation laws, to ensure a balanced approach to the right to freedom of expression, the right to protection of good name and reputation, and the right of access to justice”. This is a bizarre inclusion. That review is actually a legal requirement under the 2009 Defamation Act, and is already five years behind schedule.

The media sector is facing challenges, but there is nothing yet said about how a new Minister would work with the media in addressing those same challenges

So, what’s new? The commission will come up with ways to ensure the survival of public-service broadcasting via some sort of variant of a broadcasting or media charge; a Broadcasting Bill supporting independent broadcasters “in the important work they do” which is probably a Bill already published; it will support Irish language broadcasting – and that is probably it. There are no details. The commission looks like the one that had already been announced; the promised legislation looks like that published by the outgoing government; and the review of defamation is already five years late.

Of course, the programme for government talked of the importance of a “vibrant, diverse and independent media” being essential to our “democracy and our cultural development”. The media sector is facing challenges, but there is nothing yet said about how a new Minister would work with the media in addressing those same challenges, or how newspapers might be supported, or what sort of legislation might ensure a fair share of advertising revenue with the social-media giants, or how jobs would be maintained after Covid-19 payments are gone. Moreover, there is nothing on ownership and how it might be regulated.

Ireland has a vibrant media, RTÉ, commercial radio and television, local and national newspaper industry, much of it online, and online-only media, all of whose role during the Covid-19 pandemic constituted an important element of public-service journalism. Those journalists were also asking questions, seeking clarity and finding new sources of expertise. One thinks of the science and health correspondents who corrected online misinformation, who had sources who were able to contextualise and knew the difference between a virus and bacteria, for example.

While circulations plummeted and advertising was down by 50 to 60 per cent across all titles, the interest in news content increased hugely as audiences sought out sources they could trust. Consequently, there was a surge in online readers. That interest and need for verified independent news might be the basis for an imaginative joined-up policy on media for the new Minister.