Jennifer O’Connell: The dark side of the remote working revolution

Covid-19 opened up new gap between those who have to go out to work, those who shielded behind screens 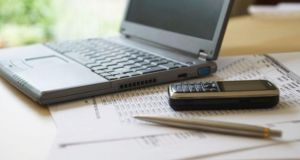 Remote working has opened up yet another privilege gap. Photograph: Chemistry

There is a woman living in my part of the country who gets up early every day, puts on her work clothes, and leaves the house to commute to the office.

This “commute” involves walking around the housing estate, looping back to her own front door, going inside and sitting at her desk until 6pm, when she repeats the whole process in reverse. Her neighbours might think she’s mad, but she swears her daily commute is the only thing keeping her sane.

Not everyone is missing the office as much as her.

About 42 per cent of full-time workers are now doing their jobs from home, according to a survey by Behaviours and Attitudes for RTÉ’s Prime Time. In 2018, just one in 20 Europeans worked from home regularly.

Only Belgium now has a higher proportion of remote workers than Ireland, according to another survey by Eurofound, which canvassed the views of 87,000 people online. It found that 47 per cent of Irish people worked from home exclusively from March to July, and most would like to keep doing so some of the time.

The normalisation of remote working is bad news for Dublin’s commercial landlords and the coffee shops, pubs and hotels whose survival depends on the daily ebb and flow of office workers. But it’s good news for those who were lamenting the city’s slide into a glorified industrial estate of glittering office blocks by day, and an empty wasteland by night.

The idea that the pandemic might release a pressure valve on Dublin is good news for the rest of the country too. Ireland’s growth is lopsided, with the capital hoovering up most of our resources, jobs, opportunities and creative energy. It is the epicentre of a lot of the social and environmental problems too: homelessness, rent pressures, congestion.

And you only have to drive half an hour beyond the M50 in any direction to see the effect of the Dublin bubble on the rest of the country: the hollowed out town centres, the main streets littered with empty units. It was all predicated on one misguided belief – the idea that you needed to live within a 45-minute commute of work. Now that we know you don’t, everything is up for grabs.

It’s no wonder we’re so enthusiastically embracing the possibilities of remote working. Last weekend, more than 30 prospective buyers “on good Dublin money” queued overnight to buy a home in Carlow. At an auction during the week, a property in Donegal sold for 2½ times its €95,000 reserve. The value of houses in Mayo went up by 4.2 per cent in three months, according to a survey by Real Estate Alliance.

The idea that you take your good Dublin money and decamp to the country must seem very alluring. No more extortionate rent, no more gridlock, no more long school waiting lists. Just lots of space and fresh air and weekend surfing. As someone who moved out of Dublin long before the exodus, I hate to bring you back to earth, but it’s not all one-fingered salutes from friendly locals on meandering country lanes.

There are long school waiting lists outside of Dublin too. Rent might be cheaper, but choice is not always plentiful.

There are other reasons, too, why remote working is not a panacea. When your home is your office, the lines blur. The Eurofound survey picked up on signs many remote workers are floundering. In Ireland, one in three said they didn’t have enough time to get everything done. Europe-wide, less than half had been provided with office equipment by their employer. One of the report’s recommendations was the widespread adoption of right to disconnect legislation.

Not to minimise anyone’s exhaustion or niggling back pain, but these are practically the definition of first-world problems. The dark side of the remote working revolution is not that some people don’t have a comfortable chair. The dark side is the other half of workers – the ones who can’t do their jobs from home.

Coronavirus has opened up new privilege gap between those who have to go out to work, and those who are shielded behind a screen.

In the midst of a crisis is arguably not the best time to start a conversation about the meaning of work. Equally, though, there might never be a better time

It’s yet another cruel twist of capitalism that many of the jobs which attract the highest salaries are now also the ones that can now be done in relative safety. Working from home is a privilege of glass box workers: urban-based, white collar, well-educated, service sector employees. Meanwhile, essential workers – those holding society together through the graft of caring, serving, teaching, cleaning, transporting, constructing, filling supermarket shelves and policing our streets – are frequently much less well paid. Now they’re also at much higher risk.

What does it say about our values that an averagely well remunerated tech multinational employee, who can wait out the pandemic at home, is earning about three times the salary of a senior staff nurse on the front line in a hospital?

It says the same thing it always has – that we place too high a value on work that satisfies consumer needs, and not enough on work that contributes to the social good. Does it change anything that the nurse on the front line or the bus driver is now also putting their life at risk? It should.

Remote working has opened up yet another privilege gap. We need to decide as a society whose labour we value more – that of glass box workers or essential workers. In the midst of a crisis is arguably not the best time to start a conversation about the meaning of work. Equally, though, there might never be a better time.

1 Nphet signals strong opposition to parts of Government plan to exit lockdown
2 Admission of mistake in Oxford vaccine dose raises doubts over reliability
3 Black Friday hotel deals: some of the best offers from around Ireland
4 Helen McEntee defends role in appointment of Séamus Woulfe amid Dáil questions
5 Cliff Taylor: Deal or no deal we are now heading for a hard Brexit
Real news has value SUBSCRIBE