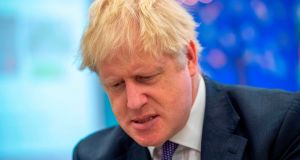 “Brexit will go on for a very long time,” Leo Varadkar told the Dáil on Wednesday. “When we get through this withdrawal phase, the next phase will be the future relationship, which is going to be just as important for Ireland in many ways.”

His realism contradicts the urgency and assumed finality captured in the slogan “Get Brexit done” at play as the House of Commons voted for the second reading of the withdrawal agreement. The extra time sought for fuller debate pales in comparison with the probably 10-year process needed to disentangle the UK from the 20,000 laws and 750 treaties EU membership locks it in to.

Those who groan about such tedium should pause to think about a different question: what relationship between a leaving UK and the EU is desirable and what kind of future Europe would make that possible?

Euroscepticism is a more general phenomenon, as the harder Brexiteers know and crave about the European reckoning

An original and imaginative contribution to this debate is made in a new book by Kalypso Nicolaidis of the University of Oxford – Exodus, Reckoning, Sacrifice: Three Meanings of Brexit. Speaking in Dublin and Belfast about it this week, she showed how ancient Hebrew and Greek myths about Moses, Oedipus and from Homer’s Ulysses illuminate the dramas involved.

These are archetypal stories – allegories, metaphors and analogies about British exceptionalism, Euroscepticism and pluralism. Their inherently ambiguous answers allow space for a meta-understanding of what is at stake, above partisan debates and inviting a response from outside as well as within the UK.

None of these qualities is peculiar to the UK, however fevered and deluded its internal debates. Exodus as exceptionalism reminds us it takes two to bargain, including in the transition phase. Euroscepticism is a more general phenomenon, as the harder Brexiteers know and crave about the European reckoning. And a pluralist perspective based on sacrifice invites the ironic thought that because you are free to leave the EU is precisely why you should not do so.

To reach such a conclusion, Nicolaidis uses her detailed research on the EU single market constructed since the 1980s, mainly under British leadership and inspired by Margaret Thatcher. It was achieved over decades by a systematic process of mutual recognition whereby myriad national labour, environmental and food safety rules were translated into a common regulatory code inscribed in thousands of pages of legislation.

This strange beast buried in those texts and resurrected from obscurity by the Brexit crisis, plus the EU customs union dealing with tariffs applying to external trade and the other rules for free capital and labour movement, gave us the mobility around 500 million people so valued by younger generations but reviled by leavers and by many of those who have lost out to globalisation.

The key question involved in Brexit is whether the UK will in future diverge or converge with these laws as it leaves the EU. Boris Johnson’s withdrawal agreement shifts policy towards greater divergence, in a deregulatory bonfire of EU standards. If consummated in the forthcoming negotiations, that would make Nicolaidis’s preferred model of an external relationship based on “different but compatible” regulations impossible. It would cross the line of compatibility, undermine the trust required to agree them and propel the UK towards lower US standards as a regional competitor state in Europe.

It may be doubted that this is what the British public wants; but if Johnson wins an election he would have a mandate to pursue it unless the UK is offered and persuaded to accept a different outcome. It could be based on an alternative vision of the EU as a federal union rather than a federal state. As Nicolaidis sees it, this would be a “union of peoples who govern together but not as one, and who remain together by choice”. She describes it as a “demoicracy” respecting the integrity of national democracies that are willing to share such a radical and flexible pluralism.

That vision can be extended to a leaving state, but not if it is put in differential circles and speeds of integration based on a hierarchy of core and periphery, inspired by centralising French and German thinking. Instead it would be an EU of overlapping circles with a shared core so that states such as the UK, Norway and Switzerland “are not in a waiting room but in a common house, with multi-functional rooms”.

Such a generous vision would suit Ireland. Whether the necessary levels of trust, convergence and unmacho politics to deliver it are available is very much an open question.