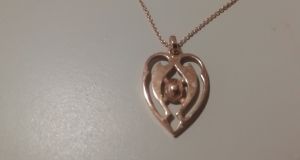 My German great-grandfather A J Holzapfel of Holzapfel fame gave it to my great grandmother on their wedding day – or did he?

I felt for my lucky mojo locket but it was gone. WTF, as they say! It’s my only family heirloom and I call it “my mojo” because I need more luck.

My siblings complain I own only “the half luck of the only half Irish.”

I’d been hanging out at Robbie’s Hungry Tarpon on Florida Keys, watching 6ft “silver king” fish leap out of the water in a tourist-trap backwater. Not that diners relish tarpon: bonier, uglier than Morays. Give me smoked mackerel salad. But tarpon are redneck game fishing favourites because tarpon enjoy epic struggles and would be NRA members if they could shoot straight.

Visitors grab $5 buckets of bait, and tarpon rise in an Olympic whoooosh. Tourists like to plunge hands inside gullets to their elbows. Everyone enjoys this weirdness except me. I was staring in horror when I felt commotion. The tarpon were snapping at my neck where my gold mojo was glinting, and with a thud one snapped my mojo clean off. Oh no!

Explanation. My heirloom mojo is a rose-gold heart from the 19th century, when my German great-grandfather A J Holzapfel of Holzapfel fame gave it to my great grandmother on their wedding day —– or did he? It had a turquoise. So it’s valuable only in “mojo”. My mother gave it to me when she thought me old enough, and my sister got her mother’s gold cross. But she was wrong about us being old enough. We didn’t bury them amid socks. We were in permanent danger of losing them.

At college I tied mine on a shoelace, carelessly tugging it, 1970s-style. I mislaid it often. As a teen I’d dropped it into the sands of the Corsican beach while waitressing at Club de l’Horizon. Pacing miserably, my toe caught on something. A miracle!

Another time I lost it in my boyfriend’s couch while we were, um, otherwise engaged. I was beside myself. I was a great sobber. (These days I’m not.) I made my boyfriend turn the couch upside down while his landlady thundered through the door in German.

Finally he found it. Rejoicing, we explained to her at length, but Mrs Spiegel decided my “missing locket” was a filthy metaphor: “I sawt you ver muerdering ze poor gaihl! Lustmord!” No, only snogging. “Those damned culottes!” George growled. She evicted him anyway. Several more times I lost the mojo, yet somehow it always came back. To me! So I came to think of it as magic mojo.

At the bar I asked about tide and depth off the jetty. This happened often, said the bartender. Tourists wear shiny things. Tarpon love shiny things. Luckily the tide was low and the bottom was silted. “And tarpon can’t swallow.” He pointed at a deeply tanned figure on a post: “Ask Jerzy.”

“Jerzy” was an ancient hippie in a wetsuit, with tangled blond dreads and dirty old doodle of a joint stuck to his lip.

“Vot . . .?!” Meine herze. I drew a heart on his arm in Sharpie. Grabbing a homemade sieve, he jumped in and sifted from the bottom, diving over and over to comb mud. Then he started the other side while I despaired. Jerzy didn’t.

He went on another half-hour. Finally I gave up.

Then Jerzy came up exhausted, saying there was nothing left but bits of old tin, like this.

I stared into the sieve and there it was, covered in mud and looking like dirt. Joy! I asked Jerzy where he was from. From Mexico, he lied.

Somehow my mother hung onto it after working on a turnip farm, getting bombed out twice, surviving the war, and marrying dad

Later I heard he was Polish and rescued jewellery as a profession. I gave him a $100 note, known as a “Benjamin” after Franklin’s face, perfect for bar mitzvahs or first communions. Cheap at the price.

When I got back I went straight to a jeweller, asking them to make a mould and six copies.

After this I put the mould in his safe and handed copies round my nieces and sisters, with the understanding they would always keep them lucky, even if one or two got eaten. The jeweller pronounced it art nouveau. So it must be a later gift from my grandfather Julius to ardent Ida? But their combined mojo hadn’t worked. Julius died in the Great Flu, Ida in the Depression.

Somehow my mother hung onto it after working on a turnip farm, getting bombed out twice, surviving the war, and marrying dad. Then her troubles began.

I passed my copies around my nieces and sisters at a family feast in an Indian restaurant. I tried to explain the importance of their mojo but gave up since it all sounded so unlikely. But I still believe the hell out of it.