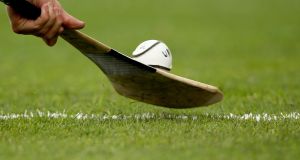 A friend inquired recently if I was familiar with the Hiberno-English phrase “damn the hate” and, if so, where it originated. Yes and no were the answers. I was familiar enough to know it meant “nothing”, or “very little”, as in an example you might hear shouted from the sidelines of an Ulster GAA pitch when an opposition player feigns injury: “There’s damn the hate wrong with him, ref.”

My friend and I agreed that, incidentally, “damn the hate” would make a good political slogan, especially in Donald Trump’s America, where three-syllable crowd chants are all the rage. It could be a fitting response to “lock her up” or “send them home”. Maybe Beto O’Rourke, who would have ancestral rights to the phrase, should adopt it.

In the meantime, searching the late Terry Dolan’s Dictionary of Hiberno-English, I was surprised to find no such listing under “hate”. The only hate mentioned there was the thermal variety, via the old Irish habit of pronouncing “meat” to rhyme with “mate”, and so on. Thus Dolan quotes a typical invitation in Cavan: “Come in and have a hate of the fire.”

That wasn’t the same word, clearly. But it turned out I was looking in the wrong corridor of the dictionary’s H-block.  The hate you damn was there all right, except it was spelt “haet”. That’s because it has nothing to do with the English term. Instead it’s a contraction of “have” and “it”, as in the curse “(let/may) the devil have it”.

Hence a more common version of the expression, as my father often used it and as many older people still do: “Divil a hate”. That too means “nothing” or something so close to nothing that you’d be safe surrendering it to the devil. The phrase is probably now dying out, alas. It would be more common these days to hear the less polite, Anglo-Saxon equivalent, as applied to the earlier example: “There’s f**k-all wrong with him ref.”

I’ve been steering clear of the row about another H-word, which has been raging below me in the letters all week. But the subject has also featured peripherally in an email from regular correspondent Damien Maguire, who laments the latter-day tendency to attach the suffix “ee” at the end of certain words, where it should be “er” or nothing.

The particular example he cites is “convictee”. This had escaped me – pardon the pun – until now, but sure enough, there it is in the sub-heading of a British legal story he attaches: “Mixed reaction from lawyers as 13 convictees’ applications dismissed.”

Presumably, suggests Damien, each convictee had previously been an “arrestee”, then a “summonsee”, en route to being declared a “guiltee” by the court.

In like vein, he wades into the letters controversy: “Where I come from in Meath, the weapon of choice was always a hurl and its wielder a hurler.” But he predicts: “That will soon become a hurlee.”

There is certainly a lot of confusion about the rule here, which is that a person doing or giving something usually has an “er” ending, while the person the thing is done to or received by takes an “ee”. An employer hires an employee, for instance. A lessor leases to a lessee. A payer pays a payee, etc.

But then you have people who attend meetings and are invariably described not as “attenders” but as “attendees”. By the usual logic, you’d be an attendee at a meeting only if, say, all the other attenders assembled in your house, uninvited, and then locked you in preventing escape.

And if you did escape, by the way, you would be called an escapee, not an escaper: another usage that defies the rule. But mentioning those examples, Fowler’s Dictionary doesn’t moralise, saying only that the contradictory usage is “worth noting”. The dictionary reserves criticism for extreme applications of er/ee rule, such as referring to “lovers” and “lovees”.

As for “convictee”, that seems to have a long legal history, and at least fits with the active/passive convention, even if the addition seems superfluous. Perhaps lawyers could protest that “convict” is too much weighted with history and, rather than suggesting an appellant in a suit, invokes someone in ankle chains on a one-way trip to Tasmania.

Getting back to hurleys, and the players who use them, the “ee” suffix would appear to have no place, ever. But I can foresee some justification, in the general context. If the aforementioned person shouting from the sidelines can also be considered a kind of hurler – of abuse in his case – then the player on the receiving end could well be a hurlee.