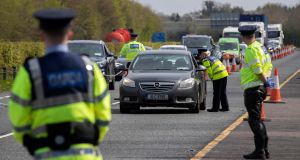 Scientists like to draw a distinction between precision and accuracy. You can precisely measure the results of an experiment, or the effects of some natural phenomena such as an earthquake, but that does not guarantee that you have an accurate picture of what just happened.

The now daily ritual of releasing figures on the number of new cases of Covid-19 has to be seen in this context.

The new case numbers announced each day are a precise but not an accurate measure of how the disease is spreading through Ireland (the figures for the number of people who have died is both precise and sadly also accurate).

New case figures do not give an accurate picture of the spread of the disease because resources are limited and we are only testing a small number of people and targeting particular groups. It should be no surprise that a very large number of old people and health workers test positive for the disease. These are obvious areas of vulnerability and they are also where intensive testing is being carried out.

The same problem arises with all the other daily figures which are derived from the new cases, including the total number of cases, the geographic spread of the cases and the age of the new cases. This cascade of inaccuracy is part of the reason that a well-regarded organisation like University of Washington Institute for Health Metrics can conclude – as they did this week – that the peak of the epidemic has passed in Ireland, to the surprise of the National Public Health Emergency Team.

These figures are at best a proxy for the spread of the disease. And nobody really knows how good a proxy they are because the disease is new to science and the information that would allow you figure this out is not available.

Can you accurately predict the right time to lift restriction if you don’t accurately know how far the disease has spread and for how long? Not accurately is the circular answer.

To a very real extent the Government is flying blind, or at best partially sighted. So is every other government, but that is of little comfort.

All they can do is compare our proxy data with proxy data from other countries further down the line of the disease’s progression. Given the obvious differences in how countries responded and numerous other points of variation these comparisons are of questionable value and not a very solid base on which to enact policy that might put lives as risk.

So why the daily drip feed of figures? Firstly no government can say – or should ever say – we don’t know what is going on. It is particularly true in a crisis when the public need reassurance. It is doubly true when you are asking people to make very significant sacrifices and curtail their liberty in the public good. Sharing what information you do have with the public and being careful not to make any false promises on the back of it is the right thing to do,

Equally the Government cannot hang around waiting for good data to inform its decisions. The rational thing to do in this situation is to use the information at your disposal, assume the worst, look at what other countries are doing and copy them. It also makes sense politically to follow the herd. No government wants to look like it cares less about its citizens than other countries.

Fundamentally we chose the path we did because it seemed to work for the Chinese. And their response reflected the lessons learnt in previous viral out breaks in Asia. Those in turn are the same basic principles of isolation and distancing than have been known to work since the plagues of the middle ages.

To date the Government’s approach has been vindicated. Countries that adopted different approaches based on their own scientific advice, notably the UK, have been badly caught out. Even countries such as Sweden and Japan who initially seem to have had some success with hybrid approaches have had to perform full or partial U-turns.

A similar dilemma now faces countries considering or starting to lift restrictions. They still have no accurate information on the spread of the disease but their precise –but not accurate – proxy measure of number of new cases is looking good.

When our time comes we will probably do the same. There will be plenty of precise figures about the number of days since the peak in new cases but no truly accurate picture of the prevalence of the disease in Ireland.

However there will be an imperative on the Government to act given the damage to the economy of the lockdown. Again the only prudent path is to follow the others, notably the Chinese and the Austrians, with our eyes open.