Gideon Rachman: Is there such a thing as liberal nationalism? 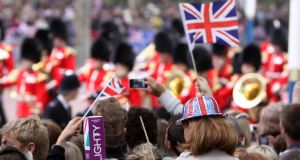 Last summer, I had a thought-provoking conversation in Moscow with Fyodor Lukyanov, the editor of the journal Russia In Global Affairs. He mentioned that Boris Johnson, the UK prime minister, had argued for a “liberal Brexit”, then laughed loudly. Viewed from Russia, the idea that Brexit is anything other than a savage blow to the liberal cause evidently seemed absurd.

The question of whether Mr Johnson and the Brexiters can, in any way, claim to be “liberal” is of more than academic interest. As Mr Lukyanov’s reaction suggested, it has international significance. The Brexit vote in 2016 saw liberal internationalism - championed by the EU and the Obama administration - take a double blow: first, the Brexit vote, followed shortly afterwards by the election of Donald Trump as US president.

The nationalist tide is flowing just as strongly outside the west. President Xi Jinping’s promise of a “great rejuvenation” of the Chinese people is his version of Mr Trump’s pledge to “Make America Great Again”. In Russia, Vladimir Putin’s presidential rhetoric is all about making Russia great again; it is the same in India, where Prime Minister Narendra Modi promises cultural and national revival.

The new nationalists sometimes describe their enemy as “globalism”. The “globalists”, they complain, are a self-interested international elite, intent on erasing borders and national cultures. Many liberals (me included) reject the label “globalist” as meaningless and sinister, since it often gives way to conspiracy theories about George Soros or the Trilateral Commission.

On the other hand, plenty of liberals would agree that nationalism is their foe. The nationalists’ stress on the interests of a dominant ethnic or religious group often comes at the expense of the individual and minority rights that are dear to traditional liberals. The latest example of this trend has come in India, where Mr Modi’s government has just passed a law on refugee rights that discriminates against Muslims in favour of non-Muslims. The furore caused by the law has now provoked riots in Delhi and elsewhere.

India is not the only democracy that is seeking to prioritise the rights of one group of citizens over another. In Israel, the last Netanyahu government passed a “nation-state” law, formally defining Israel as a Jewish state. This was criticised, at home and overseas, for relegating Israeli Arabs to second-class citizenship. In Hungary, Viktor Orban, the prime minister, has championed the rights of ethnic Hungarians, built walls to keep out refugees and proclaimed that the “era of liberal democracy is over”. Mr Orban, in turn, is hailed as a hero by Steve Bannon, Mr Trump’s erstwhile chief strategist.

Thirty years later, some of the new nationalist governments in central Europe now see liberalism as the enemy of national self-determination. That is partly because liberal internationalism has attempted to embed some of its central ideas into international laws and conventions - for example the rights of refugees, the independence of the courts or the freedom to trade and invest.

For conservative nationalists like Mr Orban or Jaroslaw Kaczynski, the leader of Poland’s governing Law and Justice party, this institutionalisation of liberalism is unacceptable because it constrains the ability of national governments to make radical changes. As Ivan Krastev and Stephen Holmes explain in a recent book, The Light That Failed, the central European nationalists reject liberal democracy because it “offers provisional victories only. It denies the electoral winners the chance for a full and final victory.”

The constraints imposed by international law are particularly tight inside the EU. The Brexiters consistently argued that Britain can only regain full control of its immigration policy by leaving the EU, which imposes a legal requirement to accept free movement of people within the bloc. Those restrictions on national freedom of action allowed Mr Johnson to campaign for Britain to “take back control” of “our laws, our money and our borders”. For Mr Johnson and his tribe, Brexit is a liberal cause largely because it allows the UK to re-empower its national democracy.

Many will continue to regard Mr Johnson’s claim to be a liberal as either patently insincere or delusional. But he is now set for five years in government with which to justify his claim. So far, the signs are distinctly mixed. On the international stage, his record does not suggest that he intends to align himself fully with the new nationalist agenda. For example, he has taken “liberal” positions on climate change and the World Trade Organization, supporting international treaties and institutions. At home, however, Mr Johnson’s henchmen are making worrying sounds about reining in the BBC and the courts.

But nothing is written yet. Over the next five years, Mr Johnson has a chance to demonstrate that liberal nationalism need not be an oxymoron. Let us hope he takes it.