Generational divide within Green Party cannot be glossed over 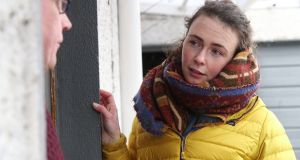 It is no secret that a significant portion of the opposition within the Green Party to entering government came from the party’s youth wing.

However, this has been misread as political naivety and an unwillingness to engage in pragmatic, “realistic” politics. In fact, the ongoing debate mirrors some of the friction in the wider climate movement between climate action and social justice.

This issue will be central as the new Government knuckles down to serious climate action. When Ireland signed up to the Sustainable Development Goals, we promised not to “leave anyone behind”. But if we do not deliver affordable rents and secure jobs, we will be doing precisely that.

According to a Friends of the Earth opinion poll conducted in May, there is broad support for ambitious climate action across all age groups and regions.

But if you dig deeper, that support among people under 30 is much more conditional. The election results show a trend among younger people to support Sinn Féin over the Green Party, while support among young people for the Labour Party has collapsed. The Ipsos/MRBI exit poll showed that in the 18-24 age category, Sinn Féin had twice the amount of support (at more than 31 per cent) as the Green Party (14 per cent).

So the divisions within the party are indicative of a more politically mobilised and radical youth vote, and reflect some of the very real dilemmas that any party on the left will face in championing climate action, whether in or out of government.

It is all very well to point to the thousands of jobs that will be created in an offshore wind industry or in retrofitting. But if young people can’t afford a university education, or a roof over their heads, within a reasonable distance from locations that provide public services such as childcare, schools and a decent environment, these policies will be of little benefit to the 50 per cent of the under-24s that are currently unemployed.

Income inequality is another grievance of young people, and it is not just a question of take-home pay. Young people are increasingly deprived of the opportunities to acquire assets such as homes and pensions, and they see the current economic framework as loaded in favour of those who already have them. Although the system proclaims equality of opportunity, inequality will worsen in the absence of redistributive policies such as taxes on wealth, inheritance and land.

But it is climate change where the interests of the present generations are truly pitted against the future. Carbon dioxide is inconveniently resident in the atmosphere over the geological, not human, timescale. That means we cannot easily undo our past mistakes, no matter who is to blame. The cumulative impacts of past and present emissions (and bear in mind that 50 per cent of all greenhouse gases were released since the 1980s) will spell ecological catastrophe for younger and future generations.

They will see not just private and public assets destroyed by climate change, but natural capital too: the ecosystem services upon which we all depend for our survival are increasingly under threat from extinction and destruction. Yet most economic models still use a discount rate that devalues the benefit of immediate climate action, pitting the interests of the present generations against the future yet again.

Of course, the cleavages that have emerged are not entirely age-related. There are deep tactical differences over strategy, and over the support that any group, whether formally constituted or not, should give to any political programme. Whether the perfect should be the enemy of the good is a perennial dilemma for activists, whose goals have straddled both transformational “system change” of economic and political structures as well as very concrete demands to decarbonise the economy with legally binding targets for emissions reduction, renewable energy and retrofitting.

The divisions, however unseemly, should spark a deep reflection about what environmental and intergenerational justice might look like in a carbon-constrained world beset with growing climate breakdown, income inequality and a volatile job market where collective bargaining and real job security are now rare.

We owe it to young people to act on climate change while we still can, and to share the fruits of previous generations’ labours and savings. In fact, that is the barest of minimums that they should expect from a truly representative democracy.

The political philosopher David Runciman points out that in an age of automation and climate breakdown, expanding the franchise so that young people - including children - get a vote, might be the logical way to enlarge our frame of reference so that the future gets a look-in at all.