Are the very things I’ve always been proud of holding us back from tackling Covid? 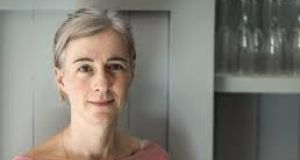 Angela Ruttledge: During the year whenever anyone from the media was asking for ‘a female restaurateur’ I put my hand up, grateful to share how it was for businesses like ours.

I am the co-owner of two restaurants in Dublin. We are allowed to stay open for takeaway as an essential service and in a small way this gives us a sense of being useful. Not hospital grade useful, of course not. But a feeling of having a part to play in this endeavour, and we know now that the value of a neighbourhood eatery is as a place of connection, whether with family, friends, or the barista who remembers we like our cappuccino extra frothy. We were asked to make takeaway work, and some of us are lucky enough to be able to do so.

We navigated the wage subsidy, the PUP, the infection prevention protocols. In May we were chatting to our customers, laughing over how the kids would have a summer from our childhood, how it would do them good. In August we began work refurbishing our restaurant in Phibsborough. The slower pace of business during the year gave us room to implement change. Back to school came. It was nothing short of joyous. Budget 2020 landed with its extended wage subsidy scheme, reduced VAT rate and Covid Restrictions Support Scheme. I never felt so relieved; the CRSS is not perfect - because of the sudden cut off at the 25 per cent threshold business can lose support at a low level of turnover or be discouraged from driving revenue - but it is substantial and meaningful for Irish SMEs.

We were getting through our refurbishment when the second wave began to gather momentum. In the middle of October the rest of the country joined Dublin as we moved to Level 5, and though we kicked and curtain twitched with the best of them, ‘outraged’ over the house parties and collective carelessness that seemed to have nudged us into dangerous waters, we were lured into a sense of security by its gentle crest. This was living with the virus.

In a blink we were at Halloween, months of holding firm, of teenagers reduced to roaming about in gangs, decked out in black puffa jackets, literally ‘no home to go to’. At the end of November cases were down to between 200 and 300 a day. It wasn’t like it had been in June, but now the schools were open, the blessed schools, and retail. There was a sense that we just had to get to the end of this awful year and everything would be ok. The vaccine was coming!

During the year whenever anyone from the media was asking for ‘a female restaurateur’ I put my hand up, grateful to share how it was for businesses like ours. If I got the opportunity to go on radio for 30 seconds, I was careful never to second guess the health advice but I would say that we wanted to reopen and we were preparing and investing in infection prevention measures to make our restaurants as safe as possible.

Now we are in a deadly situation, some in the media are asking if opening hospitality is the root cause. I have learned if there is any word dirtier than ‘entrepreneur’, it is ‘lobbyist’.

Anything other than staying at home with no visitors will increase the reproductive number. But something is tragically different between our first reopening and our second and anyone can observe that the cause of this devastation is multi-factorial: more mixing, more moving, and new, more transmissible variants. It’s the longest, saddest January for our country in our lifetime and for the first time I’ll admit to feeling other than fantastic. Other than inventive, other than entrepreneurial. Let’s say I feel repressed. But not by Level 5 or its restrictions.

I grew up in a time of unprecedented freedom, never experienced small town attitudes or glass ceilings. Cossetted, even in my liberty, I couldn’t fathom classism. During our free(ish) education we learned about globalisation and comparative advantage, neutrality and the rule of law. I felt pretty smug about Ireland’s place in the world, a little green island punching above its weight.

Now I can’t help wonder if so much freedom is always a good thing and I feel repressed by this small open economy with her estranged big brother and an open border. By a nation made of two states. Suffocated by so much liberty, the very things I’ve always been proud of, holding us back. Our community policing and guidelines, our civil rights, a nation whose home is its castle. This is who we are. The irony, being repressed by so much freedom, is not lost on me. And don’t get me started on all the regulation such freedom entails.

One of our team called me between Christmas and the new year to tell me he or she was a close contact of a positive case. We pre-emptively removed close contacts from the rota. None of them became sick. If we waited for the contact tracers to call we’d still be waiting; when the numbers of cases and their contacts surged the system couldn’t cope. Our little piece of paradise is a very small open economy and it cannot do economies of scale. Similarly, the extent to which the R number was affected by hospitality opening up can’t be determined because our data isn’t good enough. And that is just another term and condition of living in Ireland.

Angela Ruttledge is a restauranteur. She co-owns Monck’s Green and Olive’s Room