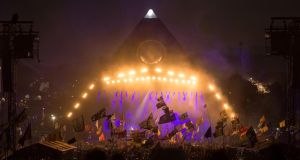 Glastonbury Festival: The Killers on the Pyramid Stage in 2019, the last time the event was held. Photograph: Oli Scarff/AFP via Getty

Glastonbury Festival has been cancelled for the second year in a row because of the coronavirus pandemic, its organisers, Michael and Emily Eavis, have announced.

They had hoped the celebration of music and arts, which has a capacity of 210,000 people, would be able to go ahead in 2021, after it was called off in 2020 on what would have been its 50th anniversary. Earlier this month, Emily, the daughter of founder Michael, dismissed speculation that it had been axed. But in a tweet today the pair say: “With great regret, we must announce that this year’s Glastonbury Festival will not take place, and that this will be another enforced fallow year for us. In spite of our efforts to move Heaven & Earth, it has become clear that we simply will not be able to make the Festival happen this year. We are so sorry to let you all down.

“As with last year, we would like to offer all those who secured a ticket in October 2019 the opportunity to roll their £50 deposit over to next year, and guarantee the chance to buy a ticket for Glastonbury 2022. We are very appreciative of the faith and trust placed in us by those of you with deposits, and we are very confident we can deliver something really special for us all in 2022!

With great regret, we must announce that this year’s Glastonbury Festival will not take place, and that this will be another enforced fallow year for us. Tickets for this year will roll over to next year. Full statement below and on our website. Michael & Emily pic.twitter.com/SlNdwA2tHd

In December Emily told the BBC that Glastonbury organisers are “doing everything we can on our end to plan and prepare, but I think we’re still quite a long way from being able to say we’re confident 2021 will go ahead”. She added that the festival lost “millions” in 2020 but that it would avoid bankruptcy “as long as we can make a firm call either way in advance” about this year’s event.

The festival at Worthy Farm in Somerset, in southwestern England, was sold out for 2021 because so few people had asked for a refund from last year, when Sir Paul McCartney, Taylor Swift and Kendrick Lamar were all due to perform as headliners.

The radio DJ Rob Da Bank, a founder of the Bestival music festival, which was last held in 2018, tweeted that he is “optimistic” other events will be able to go ahead in the UK over the summer. But, he added, “Sadly Glasto is such a mammoth beast to plan it ran outta time.”– PA