Fintan O’Toole: A United Ireland isn’t what it used to be

Twenty years ago we voted for a new vision of Irish nationalism. Don’t let Brexit drive us back 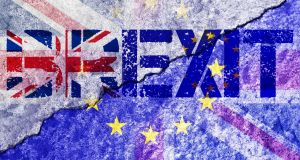 It was easy to forget that this week saw the 20th anniversary of another momentous Irish referendum. Oddly enough, it is all the easier to forget because this one was almost eerily consensual.

It was supported by 1.4 million people – just 86,000 voted No. There was no rural/urban divide, no tribal warfare, no setting of young against old. The result was almost the same everywhere in Ireland. In every single constituency, more than 92 per cent voted Yes, almost mirroring the national result of 94 per cent in favour.

What proposition could possibly be so bland and uncontentious that Irish people couldn’t be bothered to have a decent row about it? Nothing less than the bloodiest, bitterest and most fiercely contested issue of all, one that made the abortion wars seem like a lover’s tiff. One for which a real civil war had been fought.

As Brexit brings the existential questions of Irish nationhood back into play, we might look back and wonder

What was at stake in the vote on the 19th Amendment to the Constitution was nothing less than the definition of Irish nationalism. On May 22nd, 1998, voters in the Republic went to the polls on the same day that those in Northern Ireland were voting on the Belfast Agreement.

They had two proposals to vote on. One was to approve the relatively minor Amsterdam Treaty of the European Union. The other was a huge change to the very definition of the State itself. Voters were asked to remove the keystones of Éamon de Valera’s 1937 Constitution, articles 2 and 3, and replace them with radically new versions. They did so with overwhelming enthusiasm.

But as Brexit brings the existential questions of Irish nationhood back into play, we might look back and wonder. It may be an impertinent question to pose in a democracy but it has to be asked: did we really think about what we were voting for? Do we really understand just what a revolutionary change Irish nationalism was making in its official self-definition?

Loose talk about the imminence of a United Ireland suggests that the enthusiasm of 1998 had more to do with the idea that we were voting for peace than with the radicalism of the 19th Amendment.

The old articles 2 and 3 were classic territorial claims

It is a rather startling thing to have done and perhaps if people had understood just how radical it is, it would not have received such a virtually uncontested endorsement.

The old articles 2 and 3 were classic territorial claims. They said, respectively, that “The national territory consists of the whole island of Ireland, its islands and the territorial seas” and that the laws made in Dublin would have effect south of the Border “Pending the re-integration of the national territory, and without prejudice to the right of the parliament and government established by this Constitution to exercise jurisdiction over the whole territory”.

In the 71 words of the two articles, the word “territory” or its derivatives appeared five times. This was about land.

What voters did so overwhelmingly 20 years ago was to replace these words with profoundly different statements. These new statements are not primarily about land. They are about people.

The new article 2 says: “It is the entitlement and birthright of every person born in the island of Ireland, which includes its islands and seas, to be part of the Irish nation. That is also the entitlement of all persons otherwise qualified in accordance with law to be citizens of Ireland. Furthermore, the Irish nation cherishes its special affinity with people of Irish ancestry living abroad who share its cultural identity and heritage.”

And instead of the claims in article 3 about “jurisdiction over the whole territory”, the new version expresses “the firm will of the Irish nation, in harmony and friendship, to unite all the people who share the territory of the island of Ireland, in all the diversity of their identities and traditions, recognising that a united Ireland shall be brought about only by peaceful means with the consent of a majority of the people, democratically expressed, in both jurisdictions in the island”.

The five uses of “territory” are reduced to one, and even that is utterly transformed, from a contested land to a shared space. It is the people who share it who are what matters.

And in the most radical move of all, we set in constitutional stone an acceptance that “all the people” is not the same thing as “the people”, for that “all” is echoed in the key phrase about “all the diversity of their identities and traditions”.

In the long tradition of nationalism since the 18th century, “the people” is a single thing that must not be subdivided. Irish nationalism, on that day 20 years ago, broke with this tradition and officially reimagined the people as a plural entity.

And yet it sometimes seems as if this seismic shift had never happened. Do we collectively grasp the idea that Irish nationalism no longer claims to integrate a territory but rather desires to unite a diverse people in harmony and friendship?

Do we really understand that Irish unity can no longer be imagined as the creation of a monolithic identity but must instead be understood as the reconciliation of multiple identities?

In fairness, it is not entirely the fault of Irish nationalism that there is a tendency to slip back into old habits of mind. The violence that Brexit does to the island of Ireland is precisely that it re-territorialises the Irish question. It throws us back on to the ground by forcing us to ask how that ground is divided, bordered, controlled, policed.

We can see already Brexit is forcing Catholics in Northern Ireland to think about a United Ireland – even when they don’t want to. One of the most interesting details in the fascinating study of attitudes published this week by researchers at Queen’s University Belfast is just how big a difference Brexit makes.

But we can’t let the follies of Brexit railroad us into a return to a pre-1998 Irish nationalism. The radical changes of 20 years ago came at the cost of more than 3,500 lives in the Troubles. It was necessary to think differently in order to escape from a hellish trap. And it is still necessary to think differently in order to avoid the danger of returning to one.

Brexit itself is fuelled by an English nationalism as crude and self-deluded as Irish nationalism used to be. The best response is not to match it like for like. It is to remember that we chose to move beyond dividing up territory and accepted instead the larger task of uniting people.