The Irish Times view on Traveller housing: time for sanctions 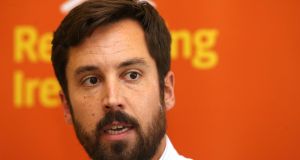 Minister for Housing Eoghan Murphy has responsibility in this area. His Department should review the role of councillors in the implementation process and consider the imposition of sanctions where there is deliberate obstruction. Photograph: Sam Boal/Rollingnews.ie

A decision by Dún Laoghaire-Rathdown County Council to abandon a long-term commitment to provide Traveller accommodation in Mount Merrion shows that current legislation does not work. Removal of the site from a five-year draft accommodation programme reflects decades of local opposition in one of the wealthiest parts of south Dublin. It also suggests that the formal recognition of Travellers as an indigenous ethnic minority is little more than window-dressing.

Because of long-term discrimination, the Traveller Accommodation Act 1998 took responsibility for identifying and developing halting and housing sites away from elected representatives and required council officials to produce five-year plans. Councillors could adopt, amend or replace elements of those plans but no sanctions were provided if they engaged in wilful obstruction. Many did. Plans became so diluted that, by 2015, 15 county councils – including Dún Laoghaire-Rathdown – returned monies allocated for Traveller accommodation to the Exchequer.

In the absence of Government intervention, it is hard to see improvements being made to what the Council of Europe regards as inadequate accommodation on poor and badly located sites. The tragic death of 10 people in a fire at a temporary halting site in Carrickmines, Dublin, in 2015, shows what can happen. This is a national rather than a local issue. The Government should take an active role in ensuring that all plans drawn up by councils are implemented and the money provided for accommodation is spent.

Minister for Housing Eoghan Murphy has responsibility in this area. His department should review the role of councillors in the implementation process and consider sanctions where there is deliberate obstruction. In particular, all council plans for the coming five years should include time limits and phased developments. Travellers make up less than one per cent of the population and it is wrong that prejudice and property values should condemn many of them to unacceptable roadside halting sites.