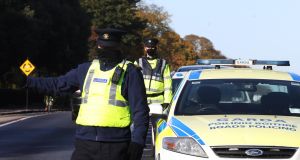 Covid-19 is taking hold in nursing homes, the national contact-tracing system is buckling under pressure and the country has gone into lockdown. There has been an unsettlingly familiar feel about the past week, with progress made in the battle against Covid-19 seemingly having gone into reverse and the country again facing into a protracted – and, for many, devastating – shutdown.

It wasn’t supposed to be this way. The purpose of the Spring lockdown was to buy time – time that would be used to build our defences against a second wave. That window of calm was used to develop testing capacity, produce a contact-tracing app and address PPE shortages. But in other respects it proved a missed opportunity. The test-and-trace system was stepped down at a time when it needed to be ramped up; while the temporary collapse of the system last weekend was embarrassing, the real failure occurred in the summer, when the virus spread faster than the test-and-trace apparatus could hunt it down. A “Living with Covid” framework was developed but with no criteria to determine the basis on which we would move up or down the levels, an oversight that resulted in acrimony between Government and its public health officials and sowed confusion among the public.

A “herd immunity” policy is a non-starter. The coalition has rejected the case for “Zero Covid”. That leaves only two options: recurring lockdowns or a national effort to keep transmission at manageable levels. The strategy must self-evidently be the latter. To achieve it will require constant individual vigilance and responsible personal decision-making. But there is no hope of success unless the State mobilises its resources to expand test-and-trace, build healthcare capacity, enforce its own rules, introduce rapid antigen testing in certain settings and work to ensure close contacts can and do self-quarantine – an essential tool that helped keep the virus at bay in South Korea and elsewhere but which, according to the WHO, has not been used systematically anywhere in Europe.

The outlook for the rest of the year is bleak. But there are at least grounds for optimism that by the early months of 2021, we could be approaching the end of the most dangerous phase of the pandemic. A number of vaccine candidates, which are already in mass production, are expected to seek approval over the next two months; several could be available for some by the Spring. Treatments are improving, meanwhile, and with every week, as we learn more about the disease, we are better equipped to fight it.

These are traumatic, disorienting times. The coming weeks promise little respite. But even as we endure another national lockdown, there are at least some reasonable grounds to believe that an end to this global emergency is finally in sight.