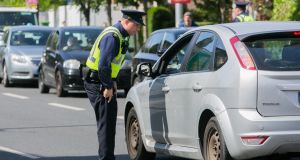 The Policing Authority has reviewed the Garda performance during the Covid-19 pandemic and has been largely complimentary. Photograph: Gareth Chaney/Collins

Over two months have passed since An Garda Síochána began mobilising to support the Government’s plans to combat Covid-19. Hundreds of recruit gardaí were attested and given full powers in a bid to bolster resources on the front line. A new Garda roster was arranged, based on 12-hour shifts, and annual leave was restricted. The Garda also purchased more than 200 vehicles, almost overnight, to ensure all of the additional personnel on duty at any one time could be mobilised.

As the Republic was entering a lockdown period, gardaí began a drive to assist elderly, vulnerable and isolated people. And a nationwide effort – Operation Faoiseamh – to combat domestic violence was put in place and continues.

From April 8th the Garda’s role became more significant as powers were conferred on it to enforce stronger public health restrictions. Anyone detected by gardaí more than 2km, now 5km, from home without a valid reason were told to return home immediately. Those who refused to do so have been arrested, or their details taken pending further action. The most recent data available, up to last week, recorded 241 actions against people since April 8th.

The Policing Authority has reviewed the Garda performance and has been largely complimentary. It believes the level of enforcement has been modest. But it has expressed significant disappointment that more information has not been released by the Garda about the cases where enforcement has been required. The authority has also been wary about the use of spit hoods, a mesh covering placed over the heads’ of suspects to prevent them spitting at gardaí. Furthermore, the authority has been critical about the presence of armed gardaí at Covid-19 checkpoints.

Senior Garda officers say when the public health restrictions were at their most stringent, the point of enforcement was more clearly defined. But now that measures are being relaxed, the enforcement piece has become more unworkable, some gardaí say. They point to the fact they have no powers to close businesses that open prematurely or to enforce social distancing.

Giving the Garda such powers has the potential to damage their relationship with the public. Indeed, some supervisory functions might be more appropriately exercised by workplace and health and safety agencies. More importantly, the Garda cannot be expected to enforce what is unenforceable and their authority should not be undermined by being asked to do so.