The Irish Times view on the European Commission: a central role for McGuinness

The Irish nominee’s appointment is unlikely to be blocked by MEPs, although she must attend tough hearings to consider her experience for the job 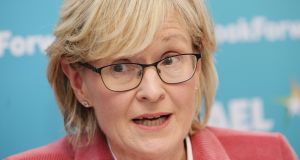 Mairéad McGuinness, the Fine Gael MEP, who has been nominated to serve as a member of the European Commission. Photograph: RollingNews.ie

MEP Mairéad McGuinness’s nomination to a commissionership with responsibility for banking and financial services will put the Irish woman in a key role in the Commission’s economic team.

She will lead the Directorate General for Financial Stability, Financial Services and Capital Markets Union (DG Fisma), responsible for policy on banking and finance, at a time when it is determined to open up the huge financial market to cross-EU competition and braced for complex post-Brexit arguments about “equivalence” rules and access by British firms to EU markets. Both are areas where Ireland has important interests.

McGuinness will operate under the wing of former Latvian prime minister Valdis Dombrovskis who has ceded some of his portfolio to her to take up the trade job, but, most importantly, retains his vice-presidency and co-ordination role on the economy briefs and his place in the Eurogroup.

Her appointment is unlikely to be blocked by MEPs although she must attend tough hearings at the specialist “Econ” committee to consider her experience for the job. Her European Parliament (EP) membership will certainly ease her way – MEPs have tended to regard membership as evidence in itself of competence for a commission job. And both her gender and European People’s Party membership will commend her.

But McGuinness’s lack of experience in the financial services area is likely to prompt testing questions. MEPs will be aware that the expertise of defeated nominee, Andrew McDowell, formerly of the European Investment Bank, would have been a good fit on the grounds of his technical if not political background.

Central to the brief is the task of progressing Capital Markets Union (CMU), a key objective in completing Economic and Monetary Union. The rationale is to improve efficiency in capital markets by encouraging competition between banks, cheapening loans and improving capital flows, and by diversifying sources of investment away from the banking sector and debt.

The logic of CMU also involves increasing the role of Europe-wide supervisory agencies, diminishing the status of national central banks. How and to what extent all this should be done divides member states. McGuinness’s identification with Irish perspectives on the development of our important financial services sector may be seen as putting her closer to the Luxembourg and Danish model than French or Commission centralisers. MEPs will certainly want to test her on these complex questions.

And Dublin will be anxious to see whether MEPs query the continued role of highly-regarded John Berrigan, one of the few top Irish officials in Brussels, currently DG Fisma director general. It would be unusual for a commissioner to lead a directorate with a fellow national at its head.