The Irish Times view on the bank bailout: The cost of the collapse 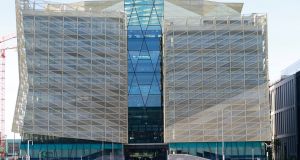 In spite of bank denials, some 3,000 cases of tracker mortgage overcharging were identified before the scandal forced Government action in 2017. File photograph: Nick Bradshaw

Twenty years ago, the Irish banking system systematically encouraged wealthy customers to evade Dirt tax and break the law by establishing offshore accounts. An Oireachtas inquiry identified “a particularly inappropriate relationship” and found the State and its agencies had been “too attentive to their lobbying”. Banks and bankers escaped all penalties while the Revenue Commissioners went after their customers.

Less than a decade later, the government had to nationalise those banks to save them from the consequences of their crazy lending practices. Banks, along with builders and government, ignored the brutal reality of economic cycles and a need for prudence. All went down together. The Comptroller and Auditor General has estimated the bank rescue cost the State €41.7 billion,with interest on the debt adding a further €1 billion a year.

These cold figures fail to capture the social and economic catastrophe unleashed by the collapse. Many previously profitable businesses went to the wall. Those relying on bank shares for retirement became destitute. Married couples and individuals found themselves deep in negative equity as property prices halved. Some emigrated. Others hunkered down and struggled with enormous personal and social pressures. Incomes fell and unemployment reached 15 per cent.

Did anything change? Yes. Most citizens became poorer. But, within the bubble of the banking sector, an ingrained sense of entitlement and impunity remained at the highest levels. Attempts were made to sidestep government restrictions on executive pay and bonuses. To “repair” bank balance sheets, some of the highest lending and mortgage rates in Europe were imposed on customers, their effective owners. It wasn’t enough. Higher charges were accompanied by concerted efforts to defraud customers with tracker mortgages.

In spite of bank denials, some 3,000 cases of tracker mortgage overcharging were identified before the scandal forced Government action in 2017. The banks were admonished for their behaviour. The Central Bank was instructed to investigate thoroughly. The number of customers overcharged or wrongly denied access to a tracker mortgage has now reached 40,000. Some €700 million has been paid in compensation. The cost to the banks, including legal fees, is close to €1 billion.

One-in-three banking staff recently expressed concern about the way customers are being treated. The Government, as a significant shareholder in these banks, has a particular responsibility in this instance. Faced with legislative and regulatory action this year, because of the tracker scandal, the banks established an Irish Banking Culture Board, headed by a former Court of Appeal judge, to advise on transparency and improved services. That’s only a start.