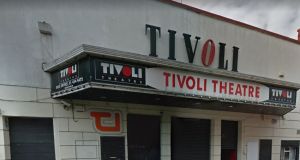 Lobby groups concerned by recent closures of prominent venues such as Dublin’s Tivoli Theatre have been calling for a night mayor for some time. Image: Google Street view

If judged by the official face it presents to the world, Ireland is a country that prides itself on its youthfulness, creative energy and tolerance. Chip away at that veneer though, and much of the State’s traditional conservatism and suspicion of the young remains intact. Nowhere is that more obvious than in the unsympathetic attitude of the political establishment to promoting and protecting urban nightlife.

Successive governments have seen late-night entertainment as something to be constrained and corralled by rigid licensing laws and strict regulation. There has been little or no recognition in our planning processes of the important contribution which nightclubs and other late-night facilities make to the social and cultural fabric of our towns and cities, or how LGBTQ and other marginalised communities have found their voices in these spaces. So when much-loved venues are demolished or replaced, there is little or no official response.

The problem is made worse by the fact that there is hardly any overlap between the age demographic which sustains urban nightlife and those who regulate it. In many of the European countries against which Ireland benchmarks itself, city authorities have addressed this by appointing “night mayors” to liaise between the various interests involved in order to maintain a vibrant nighttime economy.

Lobby groups concerned by recent closures of prominent venues such as Dublin’s Tivoli have been calling for some time now for a similar initiative here. In its manifesto for this month’s local elections, Fine Gael has promised to appoint night mayors in Irish cities.

If such positions are to be created, they will require a strong mandate that goes beyond representing the narrow commercial interests of publicans and club owners; they will also need to have a clear and broad vision of the potential of the nightlife sector not just to create employment, but to provide the spaces for enjoyment, sociability and creativity that are an essential part of a living town or city.