The Irish Times view on biodiversity collapse: we’re running out of time

A radical cultural shift is required, starting with an end to the model of infinite growth in consumption 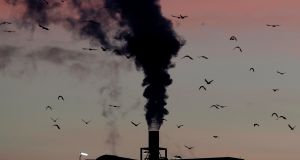 ‘If we were coal miners,” President Michael D Higgins told Ireland’s first National Biodiversity Conference last February, “we would be up to our knees in dead canaries.”

It was a vivid image for global, national and local environmental degradation, and for the urgent threat this poses to the survival of human societies. But it is already outdated: the UN report on biodiversity collapse, published on Monday, not long after a similarly frightening report on climate change, tells us that the dead canaries have now piled up to our necks.

“The health of the ecosystems on which we and other species depend is deteriorating more rapidly than ever. We are eroding the very foundations of economies, livelihoods, food security, health and quality of life worldwide,” said the chair of the Intergovernmental Science-Policy Platform on Biodiversity and Ecosystem Services (IPBES). “We have lost time. We must act now.”

We have certainly lost time. Since the 1970s, environmentalists have been telling us that flourishing environments are a necessity, not a luxury. All economies are subsets of the environment.Yet most politicians, economists and business experts continue to promote a model of infinite growth in consumption, failing to acknowledge that we live on a single finite planet with finite natural capital. This has led us to the current critical tipping point. Any species faces extinction when it fails to adapt to feedback messages from its environment. The IPBES report presents terrifying and well-documented detail on the speed with which we are wiping out individual species and entire ecosystems.

But its central message is to homo sapiens: if we continue to consume more of the world’s resources than we conserve and restore, the lethal and linked combination of biodiversity loss and climate change means we are on course to join the dinosaurs. Disturbingly, the rise of anti-science, anti-environmentalist rhetoric across the world, blatantly manipulated by corporate interests, suggests that the urge to continue with business as usual is very deeply rooted.

Yet the report insists, rightly, that there is still time to respond to the messages the natural world is sending us. Young people, in particular, are listening: witness widespread school strikes against climate change, and the extinction rebellion. Nature, given half a chance, is resilient.

If we implement landscape-scale restoration programmes here and now – and Bord na Móna and Coillte must lead by example here – we can still reverse the trends the report highlights. The “transformative changes” the report calls for will be painful for many of us, but are imperative. Thinking globally to act locally, we need to challenge our politicians, starting with those on our doorsteps for election right now, to embrace a very radical shift in our culture.