The Irish Times view on Irish literature: having a moment

Joyce may have set the standard for Irish letters, but there is no shortage of contemporary standard bearers 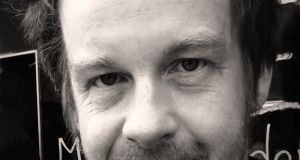 Kevin Barry who has been longlisted for the 2019 Booker Prize and shortlisted for the Sunday Times Audible Short Story Award. Photograph: Press Association.

If Irish literature is having a moment, it is lasting an impressively long time, like the single sentence that comprises Mike McCormack’s award-winning novel, Solar Bones. This week’s announcement of an Irish-dominated shortlist for the world’s richest short story prize prompted the Guardian to ask: why is Irish literature thriving? And then to answer: because its writers and publishers take risks.

While each award-winning book is primarily down to an individual’s artistic vision, it takes a village to rear an author. Ireland is a nation of readers and that has fostered writers and the ecosystem that sustains them - book buyers, booksellers, librarians, publishers, festival organisers, book clubs, literary pages and writing retreats.

“There is no VIP room in Irish publishing,” said Anne Enright, the inaugural Laureate for Irish Fiction, while launching Sara Baume’s debut. In other words, successful writers such as Enright, and McCormack, are there for younger writers, informally and through university creative writing courses.

Kevin Barry is shortlisted for the Sunday Times Audible Short Story Award (along with Danielle McLaughlin and Louise Kennedy), and longlisted for the Booker Prize. He also jointly publishes Winter Papers, an annual anthology that nurtures talent. In turn, he was first published by Stinging Fly, a magazine and small press which has launched a generation of writers. It has, along with Lilliput, New Island, Gill and Tramp Press, acted as a nursery of talent, with the most successful authors transferring to larger London publishers. The latter also deserve credit for championing Irish writing. Faber has sold more than 500,000 copies of Anna Burns’s Booker-winning Milkman and next month publishes Girl by Edna O’Brien, 59 years after her debut.

Museum of Literature Ireland opens next month at James Joyce’s old alma mater on St Stephen’s Green. A tradition is a poor one if it is not a living thing. Joyce may have set the standard for Irish letters, but there is no shortage of contemporary standard bearers.