The Irish Times view on health spending: A global transformation 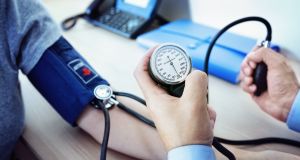 Governments provide, on average, 51% of a country’s health spending, while more than 35% per country comes from out-of-pocket expenses. Photograph: Getty Images

A new report from the World Health Organisation (WHO) has found spending on health is growing faster than the rest of the global economy. At 10 per cent of global gross domestic product (GDP) in 2016, it also shows an upward trajectory. In low- and middle-income countries health spending is rising on average by six per cent annually compared with four per cent in high-income countries.

When government spending on health increases, people are less likely to fall into poverty when seeking health services, the report says. And in a finding relevant to Ireland, it notes that government spending only reduces inequities in access when allocations are planned to ensure the entire population can obtain primary healthcare.

Governments provide, on average, 51 per cent of a country’s health spending, while more than 35 per cent per country comes from out-of-pocket expenses. Reliance on out-of-pocket expenses is declining slowly; however, the report estimates some 100 million people are pushed into extreme poverty each year by the personal financial burden they experience when seeking healthcare.

In low- and middle-income countries new data suggest that more than half of health spending is devoted to primary healthcare. The sector receives lower funding priority in high-income countries where public spending on health per capita went from an average of $1,357 in 2000 to $2,257 in 2016, a 66 per cent increase. Last October, the WHO’s 194 member states recognised the importance of primary healthcare in their adoption of the Declaration of Astana. They need now to act on that declaration and prioritise spending on quality healthcare in the community, the report’s authors state.

Overall, the report represents good news for global health. A transformation in the way health is funded means there is more public investment and less reliance on out-of-pocket expenditure. Rather than seeing health spending solely as a cost, there is merit in viewing it as an investment in poverty reduction and in the promotion of a healthier and fairer society.

4 Maternity leave during lockdown has its advantages