The Irish Times view: Change in lifestyle behind pubs’ struggle

Bar will continue to be one of the cornerstones of Irish social and cultural life, just not in the same numbers 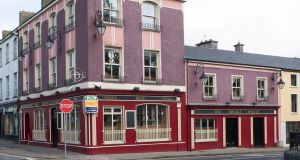 The closed Bridge House pub in Newcastle West. The biggest decline in the number of pubs over the last 15 years has been in Limerick. Photograph Liam Burke/Press 22

The decline of the rural pub is undoubtedly painful for publicans, some of whom have had to shut the door on a long-standing family business. But their stories of personal hardship – related to Jennifer O’Connell in today’s Irish Times – are not so much a disaster for the communities they serve as a reflection of a changing Ireland.

The number of seven-day pub licences dropped by 17.9 per cent between 2005 and 2018. Strikingly, this is almost exclusively a rural phenomenon. Dublin lost just 10 licences during that period. Some of the difficulties facing publicans outside the capital are the same as in other sectors; others are particular to pubs. But the most significant challenge is one that is difficult to quantify, and more difficult again to tackle. The way we live is changing.

People are drifting away from towns and villages towards cities, where employment prospects are better. Irish people consume 25 per cent less alcohol than in 2005, and we are more likely to drink it at home. So-called prinking – pre-drinking – before going out is the norm among young people. Cost is a factor in that. So are attitudes to drink-driving and variable access to taxis or public transport. Netflix probably plays a part too.

It can be tempting to romanticise the role of the pub in Irish life, but there is a very practical reason pubs are in decline. There were simply too many of them. The country had 7,072 pubs in 2018, or one for every 687 people. In Limerick, the county that experienced the largest drop, there was still one pub for every 549 people.

Some publicans admit Ireland remains over-pubbed, and the sector may have further to fall before it stabilises. Those who invest and innovate to appeal to changing tastes – more music, more live sport, better food, a wider range of drinks – have the best chance of survival. Others will carry out a cost-benefit analysis, and decide to call time, for very good lifestyle reasons of their own. The pub will continue to be one of the cornerstones of Irish social and cultural life, just not in the same numbers as before.