Maths discoveries by amateurs and distractions by cranks 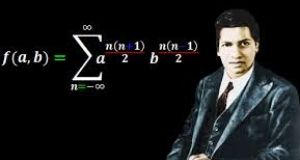 Srinivasa Ramanujan, one of the most brilliant mathematicians of the last century, wrote unsolicited letters to three leading mathematicians at Cambridge

It is both difficult and rare to come up with a truly original idea. Such insights almost invariably result from an extended period of intensive work. If one mathematician thinks of something original, why would others not have done the same? Yet, there are those who convince themselves, without justification, that they have done what no one else could do.

Three classical problems in Euclidean geometry – squaring the circle, duplicating the cube and trisecting the angle – were all shown in the 19th century to be impossible. But this did not deter enthusiasts from proposing proofs.

Several prominent mathematicians have written about mathematical crankery. Underwood Dudley, an American mathematician best known for his popular writing, defined a trisector as “a person who, he thinks, has succeeded in dividing any angle into three equal parts” using only a ruler and compass. The trisector sends his “proof” in the post asking for an opinion, or (worse still) phones to discuss it, or (worse again) shows up in person. Dudley pointed out that trisectors are only a subset of mathematical cranks who, in turn, are but a small subset of all cranks.

With the arrival of the internet, pseudomaths have another shop-window for their productions

The British mathematician and logician Augustus De Morgan wrote a book, A Budget of Paradoxes, in which he introduced the term pseudomath. As an example of a pseudomath, De Morgan mentioned one James Smith who claimed persistently to have proved that pi is equal to three and one eighth. De Morgan wrote that Smith “is beyond doubt the ablest head at unreasoning, and the greatest hand at writing it.”

In the past, many European scientific academies were bombarded by circle-squarers, angle-trisectors and cube-duplicators demanding immediate recognition of their mathematical achievements. As a result, many learned societies and academic journals were forced to reject all such submissions without further consideration. With the arrival of the internet, pseudomaths have another shop-window for their productions.

Pseudomathematics should not be confused with genuine attempts by amateurs to prove outstanding problems. These alleged proofs frequently contain mistakes, but amateur mathematicians who have made such errors sometimes go on to produce celebrated proofs. During the past year, several significant results were proved by amateurs.

In addition, not all the letters arriving from unknown sources and containing remarkable claims are spurious. In the Spring of 1913, unsolicited letters from southern India arrived on the desks of three leading mathematicians at Cambridge University. Two were returned without comment.

The third was to G H Hardy, who concluded that “a single look was enough to show they could only have been written by a mathematician of the highest calibre”. The sender was Srinivasa Ramanujan, one of the most brilliant mathematicians of the last century, who subsequently worked with Hardy at Cambridge and produced results of startling originality. Ramanujan’s work continues to challenge researchers today.