Health: A catalogue of unsettling lapses 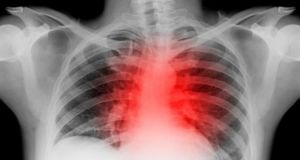 More than 46,000 scans related to some 27,000 patients of University Hospital Kerry are being re-examined.

Missed or misleading diagnoses involving cancer and other serious diseases at University Hospital Kerry have had harrowing consequences for those directly affected, while the process of completing a review of outstanding radiology files has spread fear and uncertainty among thousands of patients. This is neither unprecedented nor acceptable. The discovery of unreported X-rays and scans at Tallaght hospital in 2010 triggered a national audit of radiology departments that found a number of hospitals, including University Hospital Kerry in Tralee, had problems with unreported tests. In 2015, the work of three locum radiologists had to be re-examined in Tralee, Bantry and Cavan.

The consultant radiologist involved in these cases worked at Tralee hospital from March 2016 until placed on administrative leave, following a number of complaints, in August of this year. Seven serious cases were not recognised or had been misdiagnosed by the individual concerned. As a consequence, hospital management ordered a review of all 46,000 connected files and some 20,000 remain to be examined. The HSE lodged a complaint about the consultant’s performance with the Medical Council.

There are many facets to this unsettling controversy and something of a blame game may be under way involving the HSE and hospital management. Before these specific failures came to light, an internal HSE review had expressed concern about staffing numbers in the radiology department and, in particular, about work practices there. It found an inordinate number of procedures were being conducted late in the day and outside of core working hours, compared to other hospitals. This practice involved additional pay costs and a review of start times and lunch breaks during core hours was recommended.

Management has insisted staffing levels were adequate and, while accepting some outsourcing of work took place, rejected a suggestion that mistakes were caused by excessive pressure of work. That conflicts with the view of Paul Bell, health divisional organiser for Siptu. While working at the hospital, the consultant signed off on 3,000 cases a month, or 150 a day, although the standard workload in other hospitals was less than half of that number. All ultrasound matters were dealt with after 5pm.

This work pattern raises questions concerning effective hospital management and oversight. There can be no guarantee that X-rays and ultrasound scans will always be correctly interpreted. Human error and poor imagery see to that. Effective management, modern equipment and good working practices can help to minimise dangerous mistakes. Outside of that, the Medical Council has an important function. In this instance, patients from the southwest were poorly served.