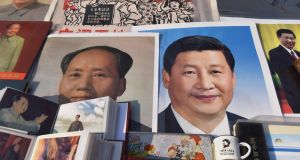 These are momentous days in Beijing, where President Xi Jinping is rapidly consolidating his power and dismantling a system of leadership Chinese leaders have long seen as a guarantee of stability at the apex of the world’s emerging superpower.

When senior party figures met in Beijing for their five-year congress last November, their brief was ostensibly to chart a policy course for the coming years. In fact they presided over the installation of Xi as the most powerful Chinese leader since Mao Zedong. Having already amassed a series of titles that gave him and his allies control over all key levers of decision-making, the head of state won from delegates a commitment to enshrine “Xi Jinping Thought” in the constitution – a name-check that elevated him to the exalted status of a transformational leader in the mould of Mao or Deng Xiaoping.

Xi, for his part, risks overreaching. If economic growth slows, or the People’s Liberation Army begins to lose faith in him, he could quickly find himself cut loose

Something Xi conspicuously did not do at the congress, however, was include any younger rivals on his refreshed seven-man Politburo Standing Committee – the pinnacle of power in China. That break with convention raised eyebrows, but in recent days it has taken on added significance.

In a brief public announcement on Sunday, the party’s central committee said it had recommended scrapping the two-term limit for the president and vice-president. It was a sensational move. China adopted term limits in the 1990s in an attempt to avoid Mao-style cults of personality and impose stability and accountability. The abrupt change clears the way for Xi to stay in power indefinitely. By the standards of a ruling elite whose fixation on unity and secrecy usually dooms any attempt by outsiders to decrypt its machinations, it’s a remarkably public power-grab.

Xi enters his second five-year term next month. By acting so early, he has made his move at a moment of maximum strength while ensuring that, unlike many of his predecessors, his authority does not ebb in his second term.

The prospect of a president in perpepuity will alarm many in China and beyond. Xi has presided over a systematic political crackdown on dissidents, activists and intelletuals, and has shown his authoritarian tendencies in seeking to tighten social controls and restrict free speech. In his quest for China to attain global stature commensurate with its economic might, he has been aggressively expansionist. On Xi’s watch, China has become more assertive in the South China Sea and opened its first overseas military base, in Djibouti.

Xi, for his part, risks overreaching. If economic growth slows, or the People’s Liberation Army begins to lose faith in him, he could quickly find himself cut loose. And by continuing to cut civic freedoms in a country that is increasingly wealthy, educated and connected, he risks feeding popular resentment of the regime he leads.