David McWilliams: Why an Irish mortgage costs €80k more than a German one 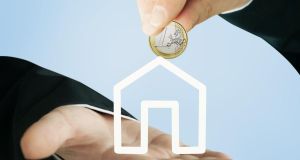 As with banking, in the housing sphere, Irish citizens are being crushed financially. Photograph: iStock

The macroeconomy operates with two arms: the fiscal arm and the monetary arm. It can been seen as a boxer, with a left jab and a right hook.

Fighters go into the ring with a chance of beating their opponent, but if they have one arm tied behind their back against a two-fisted adversary, their chances fall to zero. Same with an economy. If either monetary or fiscal policy is not working, the ability of the economy to stay in the game is drastically diminished.