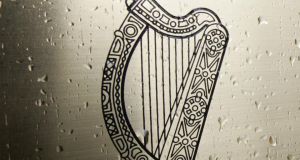 This era of radical uncertainty and suddenly dubious assumptions about the nature of the world and the future raises significant issues about Irish citizenship law. Photograph: Frank Miller

The Covid-19 crisis has upended expectations about how the world works and how we thought the future would be. One of its key casualties has been the expectation that the future was likely to be characterised by ever more integrated flows of people and goods across borders.

As the crisis worsened this spring, airports and ports fell silent as travel became subject to increasing restrictions. Despite decades of rhetoric and European court rulings around free movement, even within the EU, many states closed their borders to non-citizens.

This upending of expectations is not temporary. As the Covid-19 crisis moves into later stages, the issues around borders and citizenship are not going away as the outcry about continued flights from America to Dublin Airport demonstrates.

This era of radical uncertainty and suddenly dubious assumptions about the nature of the world and the future raises significant issues about Irish citizenship law.

The current practice in Ireland is to allow anyone with one Irish grandparent access to full citizenship. No connection beyond this tenuous blood link is required. One does not need to have met the grandparent in question or have lived in Ireland – the mere fact of an ancestral connection is sufficient.

A person in Texas with one Irish grandparent who has never been to Ireland will be able to become a full citizen. They will have as much of a right to enter and reside in Ireland as someone who has spent their whole life here. Indeed, legally, such a person will be considered more Irish and more entitled to residency than a child who spent their whole life in Ireland but who was unlucky enough to have migrant parents who lacked legal residence in the State.

This policy has been rightly criticised for trivialising citizenship. After all, migrants to Ireland have to reside for a number of years before being considered to have sufficient connection to warrant the conferral of citizenship. In addition, the current approach is rightly condemned for involving racialised, blood-based, notions of citizenship that are out of step with the ideals of a republic.

The experience of the Covid crisis raises a further concern; the current approach of the State is based on assumptions that no longer apply in a world that we now know is a good deal less predictable and stable than previously thought.

Given high historical levels of emigration, current policy means Ireland is willing to grant full citizenship to many millions of people outside of the State. Indeed, the amount of UK and US citizens entitled to Irish citizenship is much larger than the entire population of the Republic.

Irish citizenship practice was designed at a time when it was inconceivable that large numbers of UK or US citizens would ever want to take up the option of Irish citizenship in order to come and live in what was a much poorer and less developed country than the US or UK.

Given the vast change in Irish economic circumstances and the current chaos in both the UK and US that assumption is no longer valid.

That is not to say that we are likely to see large numbers in the immediate future. However, the Covid crisis has underlined just how unpredictable the world is. If the US and UK economies go into a significant tailspin and long-term decline, numbers wanting to move to Ireland, which is one of the wealthiest countries in the world, could rise.

As the Covid crisis has shown, borders and citizenship can suddenly matter very much

The Irish authorities may want to consider if there is a fairer, more targeted and more cautious means of nurturing links with the diaspora than granting full citizenship on the basis of tenuous blood links. UK immigration law, for example, has a scheme that allows those with ancestral connections to come and work for a time in the UK. This allows those with a desire to nurture a significant relationship with the homeland of their forbearers to do so without granting full citizenship indiscriminately to anyone with an ancestral connection.

Citizenship is central to our democracy and to the bonds that sustain our welfare state. The current approach is both unpleasantly racialised and demeans the citizenship by giving full citizenship to people with little meaningful connection to Irish society.

It is also incautious. As the Covid crisis has shown, borders and citizenship can suddenly matter very much, and old assumptions can rapidly be swept away. To assume there is no downside to granting citizenship indiscriminately to very large numbers of people because they would never want to make use of their right to reside in Ireland is imprudent and based on outdated perceptions of Ireland and its relative economic status.

The new Government should consider whether a less racialised and more prudent approach to granting citizenship would be wiser.