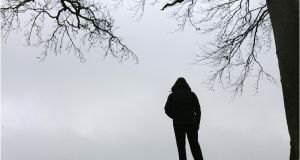 Feminism is profoundly concerned with the appalling consequences of rape. Feminists have gone so far as to say that we live in a rape culture. When George Hook made regrettable and irresponsible comments about responsibility for rape, there was outraged commentary for weeks.

Yet last week, two young male students felt free to cut down and destroy posters advertising a meeting featuring the personal testimony of rape survivors and women born as a result of rape. They saw their actions as endorsing feminism. No feminist outrage ensued.

I have chosen not to name these two men, even though they boasted about their actions on Facebook, simply because they are young and at some stage may regret their lack of empathy.

They posted this comment alongside a picture of them cutting down posters: “2 comrades, 1 pair of scissors, 32 vile anti-choice posters surrounding the campus. A successful evening indeed. F**k the anti-choice brigade and their attempts to intimidate and shame women.”

These men claim to be members of People Before Profit. This organisation presumably deplores the Victorian notion of the deserving poor versus the undeserving poor, and would instead speak of rights and justice.

Students with scissors and the inability to think about the irony of male students trying to silence women in the name of feminism are one thing. Hotels refusing to host these women because of a barrage of email and online protests are another.

Two hotels in succession cancelled bookings for the public meeting of Unbroken, a support and advocacy group for those impacted by pregnancy from rape.

Here is a sample of what one of the hotels received: “Hey guys, just want to know why you are holding a talk for rape apologists and right-wing extremists [Unbroken] in your hotel?”

One woman berated the hotel by saying that hosting a “woman-hating and abusive group who seek to harass and humiliate already brutalised rape victims both in public domains like your own and in private is disgusting and abhorant (sic)”.

Apparently, the hotel received many, many communications like these, but became more concerned when staff members were identified and targeted on a personal level with abusive comments on social media.

Do the people behind this bullying have no sense of irony? They call someone who has been raped a rape apologist? They claim, without any foundation or evidence whatsoever, that women who themselves have been brutalised want to harass and humiliate other victims?

It is almost as patriarchal a response as the term “rapist’s child”, which implies that the child has no identity other than that given by her biological father’s crime.

One of the rape survivors from Unbroken has been told that she could not possibly have been raped, because she would not have given birth if she were. This kind of attitude can only increase the likelihood that women will be even more reluctant to report rape.

Another woman was found badly beaten and half-naked in sub-zero temperatures in a stairwell after being raped. The low temperature probably saved her life because it helped to prevent her brain from swelling. These are the kind of stories they want to prevent people hearing? In the name of choice?

There has been an attempt to equate community centres who have refused pro-choice groups, because the centres have a policy of not hosting political meetings of any kind, with the systematic targeting of commercial establishments who host every kind of meeting, political or otherwise.

Unless the community centres received systematic, targeted lies and were subject to intimidation, they are not the same thing.

I stood outside listening to these women tell their stories last week and I was chilled, not by the cold, but by the fact we had to move to a square outdoors because hotels were not willing to stand up to the bullying and intimidation.

There is light in this dark story. When organisers of the Unbroken meeting were legitimately taking down posters because the event was over, they were challenged by members of the public, because the onlookers feared they were trying to stifle debate.

A hotel where one of the speakers stayed gave her accommodation for free, because they felt ashamed that the hospitality industry had failed her so badly.

No matter what our views on abortion are, we need to cherish the right of people to speak, but most particularly those who have already been brutalised by rape.