Limitations of non-invasive, pre-natal testing are ignored by opinion-formers 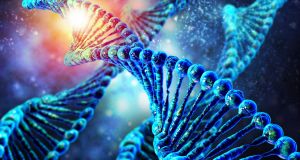 In rare cases, a non-detected twin with a genetic condition may have died in the womb and the test picks up that DNA, not the living twin’s.

The recent headline in this paper “Abortion investigation delayed by hospital’s inability to print records” would border on the farcical if the issues were not so serious.

In brief, this concerns a tragic case where a healthy boy was aborted in the National Maternity Hospital (NMH) on the grounds of a so-called fatal foetal abnormality, Trisomy 18. It emerged not long after the termination that the child had no genetic disability at all.

The parents allege that even though they had strongly indicated that they would be willing to raise a child with a disability, they were told that there was no hope for their child. They also allege they were not fully informed of the limitations of the tests (non-invasive pre-natal testing or NIPT and the first stage of chorionic villus sampling) that were initially carried out. They allege that they did not receive adequate disclosure of the final test result which showed that their baby had no indication of a genetic disorder. They were left to work out the implications by themselves.

The review of this desperately sad case promised since last May by the NMH has still not commenced. The reported problem with printing and providing a full and complete hospital record is just the latest delay. Yet the level of public outrage that one would expect is almost entirely absent. Why?

Common decency would dictate that the couple should be at the heart of the review process but the couple alleges that the NMH will not recognise the couple’s reasonable concerns about the experts NMH has chosen and instead is insisting upon the medics it has nominated.

Where are the women’s groups? The patient support groups? Politicians? Only Peadar Tóibín of Aontú has raised the issue in the Dáil

Where are the women’s groups? The patient support groups? Politicians? Only Peadar Tóibín of Aontú has raised the issue in the Dáil. Does preventing an inconvenient election trump every other concern for politicians? Do women’s groups only support people whose problems are in tune with the current consensus?

No matter what you believe about abortion, informed choice is crucial. NIPT is being marketed by private concerns using misleading claims. That is not this columnist’s view. It is the view of the UK Advertising Standards Authority, which last month banned three online advertisements for NIPT on the grounds of misleading use of statistics regarding accuracy. The crucial finding is that the ASA considered that “consumers were likely to understand from the claims [such as] ‘a detection rate of more than 99 per cent’, ‘a high-risk result gives a risk of greater than 99 per cent’ and ‘detection of Down syndrome greater than 99 per cent, 97.4 per cent of Edwards syndrome and 93.8 per cent of Patau’s syndrome’ [that this is] the likelihood that a foetus would have the relevant condition if it had a NIPT ‘positive’ result”.

Crucially, the detection rate is not at all the same as the rate of positive predictions, which is much, much lower. The UK ASA says that a systematic review by the well-regarded Nuffield Centre for Bioethics found that “out of all the foetuses with ‘positive’ results, 82 per cent would ultimately have Down syndrome, as opposed to the 99 per cent detection rate figure that consumers would understand from the ad. Likewise, 37 per cent and 49 per cent of foetuses would ultimately have Edwards syndrome and Patau’s syndrome respectively, as opposed to the 97.4 per cent and 93.8 per cent quoted in the ad.”

So approximately one in five babies with positive results for Down syndrome, three out of five with Edwards and half of those with Patau’s will not actually have the syndromes at all.

Why the problems with the tests? There are a number of reasons, including that NIPT such as the Harmony test can show DNA that is not the mother’s but this does not mean that it is the baby’s DNA, either. There are cases where placental DNA can have mutations that do not affect the baby.

In technical terms, this is known as confined placental mosaicism. A baby can be healthy but the test picks up the placental DNA, which gives the entirely false impression that the baby has a life-limiting condition. In other rare cases, a non-detected twin with a genetic condition may have died in the womb and the test picks up that DNA, not the living twin’s.

Five years ago, the New England Centre for Investigative Reporting was reporting on these problems with NIPT, which are leading to abortions of healthy babies.

Yet, even today, women are still not being informed about the difference between detection rates and the positive predictive rates. Nor do most pregnant women know that only an invasive diagnostic procedure with chromosome testing can confirm if the baby has a condition such as Trisomy 18 and that it is essential to wait for the full results of such tests.

The failure to fully inform women and couples of the limitations of NIPT and how misleading the 99 per cent accuracy claims are, is leading to tragic and unnecessary deaths of babies. But probably because highly influential opinion-formers do not want to see any flaws in our new abortion regime, no one seems to want to face or investigate that appalling reality.

1 Who are Ireland’s 17 billionaires?
2 Why has the pension age question suddenly become an election issue?
3 Man (23) doused in petrol and set on fire in Cork attack
4 Ken Early: Solskjaer’s short-term gambles proving very costly for United
5 Dr Eva’s Great Escape is everything Dermot Bannon’s recent show was not
Real news has value SUBSCRIBE