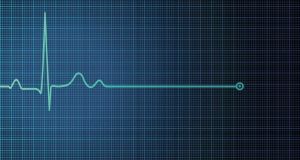 Why is despair in an older person treated so differently? Why is every other avenue, including gold-standard pain management and palliative care, not explored?

Kathleen Rogers has a terminal illness – motor neurone disease. Coping with a terminal diagnosis is an exhausting challenge. Recently, it has become even harder for Kathleen because she frequently hears her illness cited as a reason to introduce euthanasia or assisted suicide.

It is very damaging to constantly hear suggestions that the quality of life of people like her is so poor that the only compassionate option is to assist them to end their lives. She finds the phrase “dying with dignity” particularly troubling. It implies that death with dignity is impossible in certain circumstances without euthanasia.

I came across Kathleen when she made a video for Hope Ireland, a coalition of medical professionals and disability advocates which believes that the introduction of assisted suicide and euthanasia is a regressive step for vulnerable people – particularly the elderly and those with disabilities. She explained to me this week that she approached the organisation and made the video because she feels voices like hers are not being heard. Kathleen believes that a dignified death depends on many things, including adequate medical management and support from others, but that a legal right to ask another to help you to kill yourself is not among them.

She believes that euthanasia is being presented as an individual choice with no ramifications for others. She sees that as not only naive but a refusal to learn from the experience of other countries.

She is constantly being told that her choice – to continue to live out her life with help from family, friends and medical professionals – is fine for her but she must allow others to have a different choice. But she says that no one can make the decision to die in isolation without affecting others. Whether you call it assisted dying or assisted suicide, it already involves other people. It will have a particular impact on healthcare professionals and will totally change the doctor-patient relationship. It is already having an impact on her own wellbeing.

Kathleen believes that many of the arguments for euthanasia stem from ageism and ableism. If a young, healthy person wants to kill himself or herself, we do not respect his or her autonomy and stand back to respect his or her choice. We recognise that it is an act of despair and that it will have immense ramifications for family and friends. We intervene with compassion. We recognise that there is always a better way, and organise policy accordingly.

Why then, is despair in an older person treated so differently? Why is a desire to die in this age group seen as understandable? Why is every other avenue, including gold-standard pain management and palliative care, not explored?

One of the things which Kathleen finds the hardest is the recognition she will become more and more dependent and will no longer be able to contribute economically to the State. She believes that if euthanasia is legalised, it will increase many people’s suffering. Along with a terminal illness, people will have to deal with the worry of wondering whether they are a burden. Are they wasting other people’s time and money? She thinks people will have to be very strong to resist an internal pressure to die prematurely if euthanasia is legalised.

Interviewing Kathleen the other night, I was struck once again by how the framing of an issue can exclude so many voices. The current frame is that euthanasia is compassionate. No one will be affected except the people who are put out of their misery. Denying access to euthanasia is akin to torture, as Richard Boyd Barrett said in the Dáil recently.

And yet it is acceptable to perpetuate the stereotyping and stigmatisation that already accompanies conditions like motor neurone disease. As the Health Service Executive website puts it, high-profile cases abroad where people have demanded euthanasia perpetuate “the widespread misconception that people with MND face the prospect of a painful and traumatic death from choking, malnutrition or suffocation . . . However, this is not the case. A recent study found that 98 per cent of people in England with MND died peacefully in their sleep, and 50 per cent of those people were able to die at home."

Legalisation leads to normalisation and a vicious cycle begins

The current Bill on euthanasia going through the Dáil has no time limit and is a mere 12 pages long. The equivalent Bill in the Australian state of Victoria was 133 pages long and had 68 different safeguards. Victoria has roughly the same population as the island of Ireland. Victorian premier Daniel Andrews said about a dozen people would make use of it in the first year. In fact, 10 times that number, 124 people, have died. Legalisation leads to normalisation and a vicious cycle begins.

Legislators in the UK, hardly a bastion of conservatism, overwhelming rejected euthanasia by a vote of 330 against 118 in 2015. The British Medical Association has just reaffirmed its opposition to it. In the pithy words of life peer David Alton, UK parliamentarians have repeatedly asked the question whether it is possible to allow euthanasia for a determined few without putting much larger numbers of others at risk – and they have concluded that it is not. Kathleen Rogers’ voice needs to be heard.