Two men and a woman were killed in the episode, police said 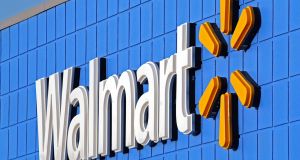 Three people were shot and killed outside of a Walmart in the US state of Oklahoma on Monday morning, local police said.

The Duncan Police Department wrote on Facebook that a man and a woman inside a car, and a man outside of the car, were killed in the episode. A handgun was found at the scene.

Mark Brown, a store manager at the Subway inside the Walmart, about 80 miles south of Oklahoma City, said the shooting had happened outside the Walmart’s front door. Inside the store, there were “a lot of tears,” he said, “but for the most part everybody looks fine.”

The local police, sheriff’s deputies and the state highway patrol were on the scene, he said. It was unclear what had precipitated the shooting. Local news media outlets reported that schools were placed on lockdown.

A Walmart employee directed inquiries to the store’s corporate communications office. Tara Aston, a spokeswoman for the company, could not confirm details of the episode but said that no employees were injured.

According to the Duncan Banner, the district attorney Jason Hicks was on the scene and confirmed that the situation had been contained. - New York Times