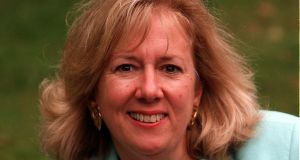 Linda Fairstein: dropped by her publisher after a public outcry about her role as DA in the wrongful convictions.

In April 1989, a 28-year-old investment banker, Trisha Meili, left her apartment in Manhattan and went jogging in Central Park.

A few hours later she was found lying almost lifeless, having been raped and brutally beaten.

The attack on Meili – and the conviction of five young African-American and Latino boys for the attack – gripped the country, and was one of the most widely publicised crimes of the decade. Four of the boys were sentenced to between five and 10 years in a correctional facility; a fifth to between five and 15 years in an adult prison.

But in 2002 their conviction was overturned. Another man, a serial rapist who had already been in prison, admitted to the crime and DNA evidence linked him to the attack.

The case of the Central Park Five became one of the biggest miscarriages of justice in modern US history. Thirty years on, there is renewed interest in the case that became a symbol of racial bias in the criminal justice system.

A new four-part documentary for Netflix directed by Ava DuVernay builds on a 2013 documentary by veteran director Ken Burns.

When They See Us charts the story of that fateful night. It makes for grim viewing. As the suspects, who were all in the park that night, are picked up by police and interrogated, the film shows how, one by one, each incriminates the other as they are questioned without legal representation or their parents present.

Though the documentary paints the interrogating all-white detectives as brutal and almost casually corrupt as they seek to secure a conviction, the real villain of the piece is district attorney Linda Fairstein.

Fairstein was the head of the sex crimes unit in the Manhattan district attorney’s office when the Central Park crime occurred. Though she did not interrogate or prosecute the case, she observed the questioning of the suspects and is depicted as the driving force behind the convictions.

The airing of the documentary has brought fresh attention to her role, a development that is all the more uncomfortable for Fairstein given her career choice. Since leaving the district attorney office, Fairstein has become a successful crime novelist. Her best-selling series follows the work of a fictional Manhattan prosecutor, Alexandra Cooper.

On June 7th, her publisher announced it was dropping Fairstein after a public outcry about her role in the wrongful convictions.

Fairstein hit back in an op-ed in the Wall Street Journal last week.

“Ms DuVernay’s film attempts to portray me as an overzealous prosecutor and a bigot, the police as incompetent or worse, and the five suspects as innocent of all charges against them,” Fairstein wrote. “None of this is true.”

She claims there are discrepancies in the documentary, and states that the boys were part of a gang of more than 30 teenagers who were in the park that night, some of whom were involved in other crimes.

In another twist, Fairstein is played by Desperate Housewives star Felicity Huffman, who herself may face jail in September when she is sentenced for illegally paying someone to boost her daughter’s college admission chances.

But perhaps the most significant and troubling context to the renewed interest in the Central Park Five case 30 years on is Donald Trump’s involvement. Following the attack, the future president spent $85,000 on ads in four New York newspapers calling for the death penalty to be reintroduced. Real footage of Trump from the time plays twice in the film, showing the 1980s real estate mogul calling for capital punishment.

Following the exoneration of the suspects in 2002, Trump didn’t back down. “Settling doesn’t mean innocence,” he wrote in the New York Daily News in 2014 after New York City made a $40 million settlement.

Asked about his stance this week, the president remained unapologetic. There were “people on both sides”, he said in echoes of his response to the Charlottesville protests, adding that the original suspects had admitted their guilt.

Speaking last week, Yusef Salaam, one of the Central Park Five who spent more than six years in jail, was asked about Trump’s intervention. “When Donald Trump took out that full-page ad, and put them in all of New York City’s newspapers, calling for our execution, he placed a bounty on our head,” he said.

Thirty years on, the role of the future president in stoking up public outcry over a false conviction has not been forgotten.