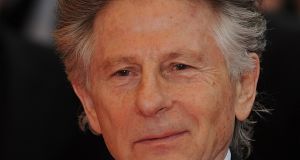 Director Roman Polanski whose bid to get his sex assault case dismissed so he can return to the US has been denied at Los Angeles Superior Court. Photograph: PA 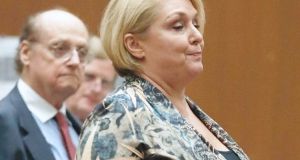 Samantha Geimer said she had forgiven Polanski years ago and wanted the case put to rest ‘as an act of mercy to myself and my family’. Photograph: AFP

A Los Angeles judge on Friday rejected a request by the woman who was raped by director Roman Polanski 40 years ago to have the criminal case against him dismissed.

Superior Court judge Scott Gordon ruled that Polanski remained a fugitive from justice and that the court could not dismiss a case “merely because it would be in the victim’s best interest.”

The ruling follows the first appearance in June in the case by Samantha Geimer, who was 13 years old when Polanski sexually assaulted her in Los Angeles in 1977.

The director, who admitted raping Geimer, spent 42 days in pre-trial custody. He then fled the United States, fearing a plea bargain with prosecutors would be overruled and that he would get a lengthy prison term.

The “Chinatown” director, who turned 84 on Friday, has never returned and numerous attempts by his lawyers to strike a deal without him spending more time in prison have failed.

“The defendant in this matter stands as a fugitive and refuses to comply with court orders,” the judge wrote.

Ms Geimer went to Los Angeles Superior Court in June pleading for his case to be resolved, saying she had forgiven Polanski years ago and wanted the case put to rest “as an act of mercy to myself and my family.”

Ms Geimer, who has three sons and now lives in Hawaii, said in June that Polanski had apologised to her years ago, but that she continued to remain a victim because of media attention each time there was a new development in the case.

The judge on Friday also rejected a request by Polanski’s attorney, Harland Braun, to unseal testimony about the 1977 plea deal.

Mr Braun had hoped to use the testimony to persuade European authorities to rescind the international arrest warrant against Polanski.

Two recent bids by the United States to extradite Polanski, from Switzerland and Poland, have failed.

Mr Braun says Polanski wants to be able to travel freely and to visit the grave in the United States of his wife, Sharon Tate, who was murdered in Los Angeles by followers of Charles Manson in 1969.

Polanski’s career has flourished despite the notoriety of the rape case. In 2003, he won an Oscar for directing the Holocaust film “The Pianist” but did not travel to the United States to collect it.

Mr Braun on Friday expressed frustration at the failure to resolve matters.

“This case is 40 years old, with an 84 year-old defendant and a 50 year-old victim requesting that the matter be resolved... It appears that a resolution of this case should be simple,” he said.