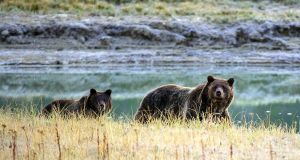 The Trump administration has rolled out some of the broadest changes in decades to enforcement of the landmark Endangered Species Act.

The reforms allow the US government to put an economic cost on saving a species and other changes critics contend could speed extinction for some struggling plants and animals.

US interior secretary David Bernhardt and other administration officials contend the changes improve efficiency of oversight, while protecting rare species.

“The best way to uphold the Endangered Species Act is to do everything we can to ensure it remains effective in achieving its ultimate goal – recovery of our rarest species,” he said.

“An effectively administered Act ensures more resources can go where they will do the most good: on-the-ground conservation.”

The Endangered Species Act is credited with helping save the bald eagle, California condor and scores of other animals and plants from extinction since president Richard Nixon signed it into law in 1973.

The Endangered Species Act protects more than 1,600 species in the US and its territories.

The changes included allowing economic cost to be taken into account as the federal government weighs protecting a struggling species, although Congress has stipulated that economic costs not be a factor in deciding whether to protect an animal.

That prohibition is meant to ensure that the logging industry, for example, would not be able to push to block protections for a forest-dwelling animal on economic grounds.

Gary Frazer, an assistant director at the US Fish and Wildlife Service, told reporters that the government would adhere to that by disclosing the costs to the public, without being a factor for the officials considering the protections.

Other changes include ending blanket protections for species newly listed as threatened and a revision that conservation groups say could block officials from considering the impact on wildlife from climate change, a growing threat to many species.

“Nothing in here in my view is a radical change for how we have been consulting and listing species for the last decade or so,” Mr Frazer said.

Instead, he said, it brings “more transparency and certainty to the public about the way we’ll carry out our job”.

The regulations “take a wrecking ball to one of our oldest and most effective environmental laws, the Endangered Species Act,” senator Tom Udall, a New Mexico Democrat, said in a statement.

“As we have seen time and time again, no environmental protection – no matter how effective or popular – is safe from this administration.”

At least 10 attorneys general joined conservation groups in protesting an early draft of the changes, saying they put more wildlife at greater risk of extinction.

“This effort to gut protections for endangered and threatened species has the same two features of most Trump administration actions: it’s a gift to industry, and it’s illegal. We’ll see the Trump administration in court about it,” Drew Caputo, a vice-president of litigation for the conservation advocacy group Earthjustice.

A United Nations report warned in May that more than one million plants and animals globally face extinction, some within decades, owing to human development, climate change and other threats.

The report called the rate of species loss a record. – AP