The eight most climate-friendly diets, according to the UN report 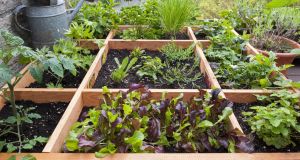 A completely plant-based, vegan diet is the most carbon friendly way of eating. File photograph: Getty

One of the biggest issues emerging from the report published by the UN’s Intergovernmental Panel on Climate Change (IPCC) is farming and food.

The IPCC concluded that eating less meat, especially in developed countries, and reducing food waste was an effective method to help reduce global warming. It predicts that taking this course would save millions of square kilometres of land from being degraded by farming.

The proposal for a major shift towards vegetarian and vegan diets is will be controversial in the Irish context as the agriculture sector is hugely dependent on dairying and beef.

The findings led to calls on the Government from climate campaigners and the Green Party to draw up a national land-use plan to help redirect agriculture and to set out how afforestation could help reduce carbon emissions.

“We’re not telling people to stop eating meat. In some places people have no other choice. But it’s obvious that in the West we’re eating far too much,” said Prof Pete Smith, a lead author and environmental scientist from Aberdeen University.

The impact of intensive agriculture – which has helped the world’s population increase from 1.9 billion a century ago to 7.7 billion today – has also increased soil erosion and reduced amounts of organic material in the ground and accelerated desertification. Land has been turned from an asset countering climate change by capturing carbon into a major source of greenhouse gas emissions.

The IPCC report stresses that measures on incorporating more vegetables and non-meat sources in diets is a matter for governments and individuals.While it advocates switching to a plant-based diet to reduce greenhouse gas emissions, and strongly supports eating less meat and dairy products, it does not recommend limits on consumption and stops short of explicitly calling on everyone to become vegan or vegetarian.

“There is much more we could do in that space that we are not doing, partly because it is difficult,” said Prof Smith. “You wouldn’t want to tell people what to eat, that would go down badly. But you could incentivise.”

The IPCC report suggests “factoring environmental costs into food”. Previous studies have suggested meat taxes, or subsidised fruit and vegetables. Meat production ties up most farmland and cutting consumption could release millions of square kilometres for forestry or bioenergy crops, the report says, as could cutting food waste.

Caterina Brandmayr of the Green Alliance thinktank, said: “The key message from the IPCC is urgency: we need to act now to plant new forests, restore our ecosystems, and, yes, to eat less meat.”

Cutting the amount of meat and dairy products eaten in wealthy nations is a “major opportunity”, the IPCC report says, due to the heavy environmental impact of intensively reared cattle. Drastically reducing food waste – 25-30 per cent of all food is never eaten – must also be a key priority.

The 8 most climate friendly diets:

The report evaluates eight types of diet and their carbon mitigation potential. It ranks them as follows with the vegan diet most effective.

2. Vegetarian: Grains, vegetables, fruits, sugars, oils, eggs and dairy, and generally at most one serving per month of meat or seafood.

3. Flexitarian: 75 per cent of meat and dairy replaced by cereals and pulses; at least 500 g per day fruits and vegetables; at least 100 g per day of plant-based protein sources; modest amounts of animal-based proteins and limited amounts of red meat (one portion per week), refined sugar (less than 5 per cent of total energy), vegetable oils high in saturated fat, and starchy foods with relatively high glycaemic index

7. Climate carnivore: 75 per cent of ruminant meat and dairy replaced by other meat.