Tory MP candidate said women should ‘keep their knickers on’ 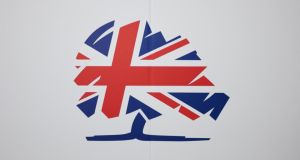 A former BBC Radio Norfolk presenter who said women should “keep their knickers on” while discussing a high-profile rape case has been chosen as a Conservative parliamentary candidate for the upcoming UK general election.

Nick Conrad (34) received the backing of the local party in Broadland in Norfolk to run for the seat held by Tory Keith Simpson, who has stepped down after 22 years as an MP.

Mr Simpson held the constituency at the UK general election in 2017 with a majority of 15,816.

Mr Conrad was criticised for the comments he made in 2014 during a radio conversation about footballer Ched Evans.

The former Sheffield United striker was originally convicted of rape and jailed in 2012 before the conviction was quashed and he was cleared altogether at a retrial in 2016.

Mr Conrad made his comments during a live debate about Mr Evans, who provoked an outcry when he initially returned to train with Sheffield United.

He also said: “What I’m trying to say is that women also have to understand that when a man’s given certain signals he’ll wish to act upon them and if you don’t wish to give out the wrong signals, it’s best, probably, to keep your knickers on and not get into bed with him. Does that make sense?”

The comments were investigated by broadcasting watchdog Ofcom with no further action taken after Mr Conrad and the BBC apologised.

The presenter told his local newspaper, the Eastern Daily Press, on Wednesday that he was “absolutely delighted” to be selected as Conservative parliamentary candidate for Broadland.

He said he had apologised for his comments in 2014 and did so again.

“It’s a very genuine heartfelt apology,” he said. “I completely messed up, I knew I’d got it wrong and it didn’t demonstrate the fact that I know that it’s the most abhorrent crime.

“I’ve for many years broadcast very difficult subject matter and I was very disappointed in myself after the reaction flared up on the back end of those comments.

“I apologise, I learned from it and I moved forward.

“I think that’s the critical thing.”

Prime Minister Boris Johnson described the comments as “completely unacceptable” when asked about the selection of Mr Conrad.

Labour MP Jess Phillips, reacting on Twitter to Mr Conrad’s selection, said: “It’s best to keep your knickers on to avoid rape according to this dude.

“I find it’s best avoided by never coming in to contact with misogynistic men who have no understanding of consent.”

“He is not fit to be an MP and it would be an affront to women everywhere if he were to become one,” she said.

“The Conservatives must drop him as a candidate immediately but I have no faith that they will.” – PA